In 2011, Lindy Elkins-Tanton and a couple of colleagues wrote a paper exploring ideas about how tiny would-be planets called planetesimals might have formed billions of years ago, and speculated about whether their remnants might still orbit in the asteroid belt. Afterward, officials at NASA’s Jet Propulsion Laboratory in Pasadena, California, approached her. “Would you like to propose a mission to test your hypothesis?” they asked. “My response was, ‘What?” because it had never occurred to me to do that, ” she says. But 11 years later, her work has led to a new asteroid-bound spacecraft that is headed to the launchpad.

Elkins-Tanton, a planetary scientist at Arizona State University in Phoenix, now leads NASA’s new Psyche mission — named after both the probe and the asteroid, which was itself named after the Greek goddess of the soul. The probe will visit the asteroid to study what it’s made of and figure out how it formed, looking for clues about how the solar system’s rocky planets themselves may have assembled. Engineers finished up their tests on the Psyche spacecraft at JPL this week and are shipping it by truck and plane to Cape Canaveral, Florida, where it will arrive on Friday. There, the team will fit it and its solar panels atop a SpaceX Falcon Heavy rocket and prepare it for launch, scheduled for August 1.

Building operations for the craft have been underway for over a year in the High Bay 1 clean room within JPL’s Spacecraft Assembly Facility, where Elkins-Tanton and her team have been tweaking and testing its instruments, including subjecting the spacecraft to rigorous electromagnetic, thermal- vacuum, vibration, shock, and acoustic testing to make sure it can withstand the vigorous shaking involved in the launch. The room is designed to ensure no dust or fingerprints disturb the functioning of the sensitive instruments and that no contaminants from Earth end up being transported to other worlds. Just to enter the room, one has to don a sterile “bunny suit,” which includes hair and shoe coverings, a smock, and gloves, then walk across sticky floor mats that trap loose dirt and through a phone booth-sized room with air jets that blow away any additional particles that might be hiding on clothing.

The probe is boxy, and about the size of a car, topped by a big saucer-shaped high-gain antenna, which will be used to send and receive signals from home. When WIRED visited the clean room in April, those tests were still in progress. A handful of stanchions and a sign that read “Psyche: Journey to a Metal World” kept visitors at a distance from the black and gray craft, where a technician was working on a tube-like transceiver on the bottom. Holes could be seen along the sides, where two arrays — each made of four solar panels — will later be attached. Most of Psyche will be flown within an environmentally controlled container on a direct flight to Cape Canaveral aboard a bulbous C-17 transport aircraft, but these sets of solar panels will be shipped separately and will rejoin the spacecraft closer to launch.

Psyche, the asteroid, makes a unique target. It’s a 140-mile-wide, potato-shaped object mostly made of metals, rather than rock and ice, circling the sun between the orbits of Mars and Jupiter. “It’s the largest metallic asteroid in the solar system. It’s been studied extensively from Earth, but we don’t know how it was born and evolved to its current state, ”says Juan Sanchez, an astronomer at the Planetary Science Institute in Tucson, Arizona, who researches Psyche but is not involved in the mission.

That composition means Psyche might not simply be a world with a unique combination of metals — it might be part of the core of a baby planet, left behind after massive impacts with other asteroids smashed up its outer layers during the solar system’s tumultuous early eons. In fact, if Psyche is a planetesimal’s core, it might resemble the metallic innards of the rocky planets that exist today. “It would be cool to see a core. We can’t go to Earth’s core — outside science fiction — so this is our chance to study what is inside these objects, ”says Vishnu Reddy, an astronomer at the University of Arizona in Tucson who has worked with other asteroid missions, but not Psyche. 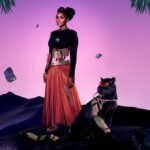 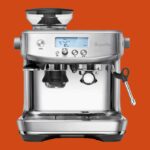