As I ran around the house picking up discarded cat toys and odd socks, I began to feel a nagging sense of doubt. I knew that no matter how hard I worked, I would soon receive a distress call from our robot vacuum, Gizmo IV, who always gets stuck in the same spot under the couch. After Gizmo finishes, I then have to pick hair out of the carpet, which Gizmo expertly clumps but never sucks in. After that, I could look forward to a face full of dust as I emptied its tiny, barely-half-full bin (despite Gizmo’s protests that it can hold no more).

In fact, the week after pitching this very article, I came downstairs to find foul-smelling skid marks across the floors. Our youngest cat, Luna, often poops next to the litter tray instead of inside. At first, I feared an infection had prompted her to wipe all over the house. But following my nose revealed the terrible truth. A machine designed to spread poo could not have done a better job. I may never recover from the horror. While picking pieces of my cat’s fishy feculence from Gizmo’s tire tread with a toothpick, I began to wonder why I got a robot vacuum in the first place.

The Endless Art of Maintenance

When they first trundled onto the scene, more than two decades ago, robot vacuums were prohibitively expensive and not very good at their job. But feature lists have swollen, and prices have fallen. Around 14 percent of Americans own a robot vacuum, and 13 percent intend to buy one, which would press around 30 million into service in American homes.

Raves from friends convinced us to purchase our first robot vacuum, a Eufy Robovac 11 that we dubbed Gizmo I. The promise of a machine toiling while we sat with our feet up was enticing. But I have come to believe that the ideal robot vacuum owner lives in a single-level home with hardwood floors and no pets or children. Our mostly carpeted, two-story household contains one balding cleaner (me), three messy, long-haired humans, and two messy, long-haired cats. Gizmo had as much chance as King Canute struggling against the tide.

No one told me how much maintenance they need. It’s not enough to empty the bin. You must regularly unscrew the rollers, gently clean plastic covers, unspool hair, change filters and brushes, polish metal charging contacts — the list continues. Fail to keep up with regular maintenance, and your robot vacuum will cease to perform.

The average life expectancy of a robot vacuum in the Hill house is 10 months. Gizmo I lasted nine before it began to turn uselessly in circles; Gizmo II, a Eufy Robovac 11S, managed eight and then declined to turn on; and Gizmo III, a Trifo Max, made it just six before refusing to hold more than 15 minutes of charge. Gizmo IV is an iRobot Roomba 965, and the first to go beyond a full year.

With all my moaning, you may wonder why I persist with a robot vacuum at all. But as with most labor-saving devices, from the dishwasher to the blender, once you use one you never go back. Even a budget robot vacuum saves you some time. Gizmo nails the post-breakfast cleanup — I’ll never have to sweep up another stray Rice Krispie again. It also keeps our hardwood hall free of mud and dust and picks up stray cat litter.

As Adrienne So, our resident robot vacuum expert, pointed out, manufacturers have been working on the problems I encountered for a while now. She reviewed a botvac that could recognize pet poop years ago. Ecovacs, Roborock, and iRobot have done a lot with obstacle identification and navigation. We have been pushing self-emptying bins for a few years. 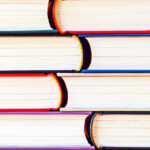 Previous Article Historical Novelists and Fantasy Writers Should Be Friends 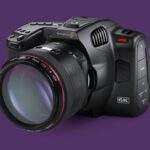 Next Article What Are Cinema Cameras, and Should You Buy One?

This Mother’s Day is a bit more hopeful than last year’s. With vaccines and at-home Covid-19 tests now widely available, spending time with your parents […]

How the “Amazon Way” is transforming the future of work

Same-day delivery of millions of products. Answers to your every question by simply calling out, “Alexa.” Amazon has transformed our expectations for how we buy […]