What Are Cinema Cameras, and Should You Buy One?


This technique works anytime you shoot in a resolution higher than you plan to export in. For example, I shoot my videos in 4K but distribute in 1080p so I can have this flexibility. However, with my D7500 — and many cameras that aren’t designed primarily for video — there’s no option to shoot in any higher resolution than 4K. If I wanted to distribute videos in 4K, I couldn’t use these same editing tricks.

Blackmagic’s camera, on the other hand, has recording options ranging from 2.8K — which is slightly higher than 1080p and gives you plenty of room to crop or stabilize without having to deal with full 4K file sizes — all the way up to 6K, which provides that same flexibility even if you plan to distribute 4K video. Until technology reaches a point where 8K video distribution becomes more normalized, chances are good you’ll have more than you need for a long time to come.

More Control Makes It Easier to Get That Cinematic Look

What defines a “cinematic” look is a subject of much debate, but no matter what your definition is, you’ll need control over your picture to get it. If, for example, you want your project to be in the anamorphic widescreen format that some movies have, you can either add black bars over your project in post, or shoot in anamorphic widescreen natively (though you’ll need some different lenses).

Fortunately, there are some things your cinema camera can do that won’t require special lenses. Slow-motion footage, for example, is easier to get when your camera is capable of recording up to 240 frames per second, as the BMPCC I tested can. Most traditional photography cameras are not designed to handle such high frame rates. The added resolution we mentioned before also makes it easier to create smooth tracking shots, even if you only have low-budget tracks or homemade stabilizers.

There’s also something to be said for the interface of a camera designed specifically for video. While cameras like my D7500 can be used for video, certain features that are more important for video than photos can be buried or inconvenient to use. For example, while my D7500 has a white balance button on its body, it only cycles between a few basic presets. To set the color temperature manually requires digging through menus. On the BMPCC, settings like white balance, frame rate — and on the 6K Pro, even three levels of built-in ND filter — are all accessible right on the touchscreen or with easily accessible buttons.

The Downsides to Upgrading

No matter how nice the hardware you upgrade to is, there are always trade-offs, and moving up to a cinema camera comes with some changes worth considering. The biggest change you might experience from the cameras you’re used to is that your storage needs will be different. While cameras like the BMPCC can record in up to 6K, that doesn’t mean your old SD card will be able to. It’s not just that the video files are bigger, but many consumer-grade SD cards aren’t fast enough to keep up with RAW 6K footage.

You can find a list of supported SD cards and CFast cards — or whatever your camera’s manufacturer recommends — but as a Blackmagic rep told me, sometimes your best bet will simply be to hook up an external hard drive (provided it’s modern and fast enough as well). Whatever option you go with, keep in mind that faster storage can be somewhat pricier than you might be used to if you’ve been recording to simple SD cards. 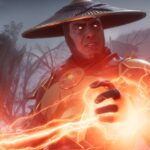 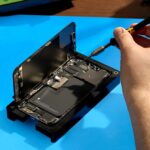 Fedorov, for his part, says Russia “can spin this whatever way they want. But the fact of the matter is, there are tens of thousands […]

What Snap’s Liftoff Means for the Social Media Company