The digital revolution came of age when legal abortion was the default. As a result, Silicon Valley companies have never had to seriously grapple with the criminalization of abortion access in the United States. But tech companies are about to be at the center of the storm surrounding abortion access and reproductive rights. An overnight criminalization of abortion in 23 states, as is now expected, would leave them struggling with issues ranging from services that could expose users to criminal liability for aiding and abetting abortion access to employees demanding relocation to other states.

Tech companies will wake up on the day Dobbs v. Jackson Opinion is issued to immense challenges moderating their products and services, while competing demands from the public, employees, and legislators create an unwinnable situation. The mortal threat to Roe was not taken seriously by many in corporate America, and that apathy will now come back to haunt them in the form of a hellscape of legal and policy challenges unlike any they have faced before. They are not ready, but there is time to prepare.

The most immediate issue tech firms will face is how to respond to the decision internally. These companies have largely been synonymous with a young and liberal workforce, specifically one based in Silicon Valley. However, those trends started to shift during the pandemic as tech companies like Oracle, HP, and Tesla moved to Texas, a state that has already effectively banned most abortions through SB8. If the draft opinion is issued formally, companies will suddenly be forced to take a stand when it comes to protecting their employees’ rights to access abortion and demonstrate solidarity with the overwhelming majority that support Roe. At the same time, they will have to navigate a minefield of Republican legislators seeking political payback against any company that challenges them on conservative social policies. Amazon, Citi, and Yelp have already had to address this issue by offering their employees coverage to leave the state for an abortion, a move that has earned Citi threats of retribution by House Republicans.

Beyond internal policies, the services these companies provide will be scrutinized by overzealous legislators and anti-abortion activists. Apps and app stores could be targeted for regulation by states seeking to aggressively limit residents’ access to abortion. Many sexual health apps currently provide secure and encrypted services alongside direct instructions on how to self-manage abortions. While CDA Section 230 would immunize companies against most liability, it would not stop states’ efforts to abrogate that immunity. First Amendment protections for these apps will not be enough if states seek retribution against those opposing socially conservative policies, much as Florida has done to Disney.

But it’s not just the apps and services that are at risk — it’s their users, too. Companies that traffic in personal, geolocation, advertising, or other data could become digital crime scenes for eager prosecutors armed with subpoenas. For instance, payment apps could present a legal risk for anyone who uses them for donations to abortion funds. There has already been a concerted effort to channel more money towards these funds as a result of the leak of the draft. While these donations are now legal, they may become illegal in some states if the leaked draft stays substantially similar when the full opinion is released. On some key metrics, with the lone exception of Apple Pay, none of the major payment apps — such as Venmo, Paypal, Cash App, Facebook Pay, Zelle, and Google Pay — offer any meaningful protections for users. They all lack encryption, and the companies comply with legal processes that could expose users’ privacy. The third-party doctrine further prevents users from asserting their Fourth Amendment rights.

Crowdfunding platforms, which typically see heightened usage in response to major news, are particularly vulnerable. In a country where abortions are criminalized, sites like GoFundMe have to determine how to moderate fundraisers aimed at preserving access to abortion. While GoFundMe may not face direct legal consequences, due to Section 230, it will likely come under pressure to deplatform abortion access fundraisers. Additionally, law enforcement could use the data GoFundMe collects to target those who fund abortion services. 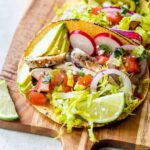 The headline news is that this new MSI GS77 Stealth is one of the very first gaming laptops with Intel’s latest 12th Gen processors. For […]

I’ve been truly amazed by a hair dryer twice before: when I tried the RevAir Reverse-Air Dryer, which can straighten hair as it dries, as […]

There are simply too many hair dryers out there. Here are a few more we’ve tried and like. Kosa The Triple Threat Blow Dryer for […]

NASA experts are waiting to have their huge Moon Launch System built for the moon ready to take off in a few months, but so […]