The Best Games Have the Smartest Learning Curves


It seems like nothing is more controversial in the gaming world than difficulty. Everyone has a strong opinion on the topic, usually falling along one of two lines: One, that games should be playable for people at any skill level, or two, that anyone who wants to call themselves a gamer needs to have the stamina to prevail .

There is, however, another way of looking at this debate, one that keeps games accessible to less experienced players but does not make them too easy for those looking to be challenged: smart learning curves. All games have some form of learning curve, naturally, but there is a way of building them that doesn’t leave quite so many people in a position of dying all the time with no idea why; one that — through smart design — teaches them the game’s mechanics and maneuvers even as they screw up.

Case in point: Rise of the Tomb Raider, the middle installment of Square Enix’s well-received reboot of the Lara Croft franchise. I die, on average, once every 10 minutes or so when I’m playing it, yet after five hours of game time I’m still having too much fun to stop.

Unlike playing Elden Ringwhere I died six times in the first half-hour, each death in Rise of the Tomb Raider feels instructive. Many people maintain Elden Ring isn’t all that difficult, because frequent death is intentional and is supposed to help you learn how to overcome (or run away from) challenges. It’s not. Death in the game feels random, and it’s frustrating not knowing whether it’s caused by being underleveled, out of magic, or unfamiliar with the weapons and skills available. It’s intensely frustrating. Riseon the other hand, lets you see where you fell short and correct it.

To be clear, Rise of the Tomb Raider does have difficulty settings in a way Elden Ring does not, and the easy mode is, in fact, easy. But that’s not what we’re talking about here. A lot of the game is jumping, running, sliding, avoiding obstacles, and figuring out how to escape booby traps. As far as I can tell, none of these mechanics are affected by the difficulty settings, which means I have to figure out how to make it through Lara’s blood, sweat, and tears.

But here’s the thing: I’ve never actually died more than once on any specific challenge. Often, I don’t know something is coming or I screw something up, but as I’m dying I can see exactly what I did wrong and how to fix it. And because the game respawns me in the place I was right before I died, it’s really easy to solve it and move on to the next thing. It doesn’t feel repetitive, nor does the game make you replay five to 10 minutes (or longer, ugh) in order to solve that single thing you didn’t get right the first time.

Every time I die, I learn something, and the lesson is delivered in a way that’s gentle enough so that I file it away rather than just get frustrated. (Gentle feels like a strange word to use with a game that has brutal death scenes — the number of times I have seen Lara impaled is too many — but it’s accurate in this case.)

There is something to be said for a game that drops you into its world with no tutorial or explanation of how to play and expects you to figure it out as you go along. Some people love that kind of challenge, that kind of immersive experience. Those people are not me. I prefer a smooth learning curve that teaches me what I need to know without being overwhelming. Dying in Rise of the Tomb Raider helps me build up my character rather than tearing down my self-confidence. It gives me what I need. 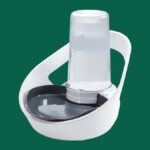 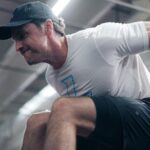 Next Article How to Do the Dumbbell Rear Lateral Raise: Form, Benefits, & Variations

When Apple rolled out its long-awaited, much-hyped privacy update one year ago this week, it was accompanied by an ad that attempted to visualize what […]

The SaksWorks coworking space in Greenwich, Connecticut, tucked inside what was once a Saks Fifth Avenue department store, feels like a well-appointed library where no […]

When Deutsch and Penn ran their models to find out how species would respond in the very high- and low-emissions scenarios, they found two dramatically […]