Allscripts Healthcare Solutions CEO Paul Black is stepping down from the helm of the electronic health records vendor, he said on the company’s Q1 2022 earnings call Thursday.

Black, who has been CEO of the Chicago-based company since December 2012, said the move is effective immediately. Allscripts’ president Rick Poulton, who also joined the company in 2012, will take over as CEO. Black said he will work with Poulton through the second quarter to ensure a smooth transition.

Allscripts recently completed the sale of its hospital and large physician practices business, including various electronic health record products, to Canadian software company Constellation Software through its subsidiary N. Harris Computer for $ 670 million. The company plans to use the funds from the sale to focus on its payer and life sciences business, Veradigm, which it launched in 2018.

“As the company transforms and launches into its next evolution focusing on Veradigm, it’s a natural time for the next generation of leaders to step forward,” Black said during the earnings call. “While it was a difficult decision, I left knowing the company is stronger than ever and in the hands of an accomplished leadership team.”

Black took over the helm at Allscripts nearly 10 years ago after serving as an independent director on its board of directors, succeeding the company’s founder and long-time CEO, Glen Tullman. Prior to Allscripts, Black was the chief operating officer of Cerner.

Poulton joined Allscripts as the chief financial officer and was promoted to president in 2015. Prior to that role he was the CFO and treasurer for AAR Corp, an aviation services company. 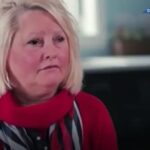 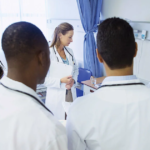 Consumers, employers, and just about everyone else interested in healthcare prices will soon get an unprecedented look at what insurers pay for care, perhaps helping […]

A bill signed into law by Arizona Gov. Doug Ducey on Friday requires health insurers and the state’s Medicaid plan to pay for so-called “biomarker […]