Centene expects the Magellan Rx transaction to close during the fourth quarter and the PANTHERx Rare deal to finalize within the next two months. Both are subject to antitrust reviews.

The insurer will use the proceeds to repurchase stock and pay down debt, Centene said in a news release. The deals are expected to be “neutral to slightly accretive” to the company’s earnings once closed.

Centene did not immediately respond to an interview request.

The deals are part of the company’s “value-creation” plan, an initiative announced in November 2021. Activist hedge fund Politan Capital Management pushed Centene to execute a strategy to boost profits through divestitures and to make leadership changes after investing $ 900 million in the insurer .

Centene is exiting the PBM space after reserving $ 1.25 billion to settle allegations from at least nine states that it overcharged their Medicaid programs for prescription drugs.

The company seeking a PBM vendor to manage its $ 40 billion in annual pharmaceutical spending. Centene issued a request for proposals during the first quarter and plans to award a contract by the end of the year.

As part of its value-creation plan, Centene sold a majority stake in home health provider US Medical Management to a group of private equity firms for an undisclosed sum. The company is “evaluating strategic alternatives” for its $ 2 billion international business, and plans to shed more than half of its leased real estate footprint in the US. The insurer is also working to automate its call center operations and consolidate its information technology services.

Also in April, Leslie Norwalk, a former Magellan Health board member who was acting administrator of the Centers for Medicaid and Medicare Services under President George W. Bush, resigned from Centene’s board. Norwalk cited a disagreement about the governance process “surrounding a recent important decision,” she wrote in her resignation letter. Norwalk didn’t specify what decision. 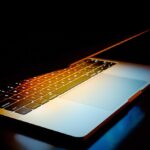 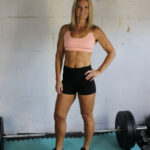 Leading healthcare organizations want to federal government to maintain its pandemic posture for at least a few more months, they wrote in a letter delivered […]

A waiver that allowed nursing homes flexibility over hiring temporary nurse aides during the COVID-19 pandemic came to an end Tuesday, leaving providers scrambling to […]

Recently the CBO published a report comparing the rates public and private insurers pay to hospitals for inpatient services, for services at hospital outpatient departments […]