To her nearly 21,000 personal Instagram followers, Zakia Blain calls herself a “Professional Overcomer.” And when you look at her impressive list of accomplishments – an entrepreneur who put herself through college and built a successful wellness brand despite teen motherhood and living with a debilitating brain disorder, it’s hard not to give the woman her shine.

“I have been through so many things in my life. I have every excuse to just sit in my house and collect a disability check and not really try. But I chose to create a multi-million dollar business out of it, ”she says.

The Root spoke exclusively with Zakia Blain about how she built her business in spite of the obstacles and the message she has for the world about what it means to be fit.

It Started With a Challenge

Blain taught in the Philadelphia school system for 11 years before she retired after being diagnosed with a brain disorder in 2012. She saw diet and exercise as the way to wean herself off of the medication doctors prescribed, which caused debilitating side effects. So she developed the “F * ck Being Fat” weight loss challenge to see if others would work out with her. “I created guidelines to help people be proactive with their health rather than waiting for diabetes and high blood pressure to come for them,” she said.

Blain posted her challenge on Instagram with an offer to pay the person who lost the most weight. “And that’s how my business began.” From there, Blain launched FBF Body, a size-inclusive line of shape wear, athleisure and accessories designed to encourage people to love the bodies they have. Nearly a decade later, the business she started in her living room now has 185,000 Instagram followers and just received its 100,000th order.

Although social media has launched many voices in the health and wellness space, Blain says she felt hers was desperately needed. “Most people think fat women don’t care about their health. Most people feel like we’re lazy, we eat too much, and we don’t want to work out. And that’s the farthest thing from the truth. I can run circles around skinny women when it comes to going to the gym, ”she laughs.

Blain says her journey has always been about living a healthy lifestyle. And she’s out to dispel the myth that being fit means being thin. She says in a culture obsessed with outward appearance, her business speaks to people who have not always been heard – plus-sized women who want to be healthy but love themselves the way they are. “You don’t have to be ashamed of what your body looks like while you’re working towards the body that you want,” she says

As an active plus-sized woman, Blain says she knows what the athletics market has been missing. And she’s been intentional about being involved in every step of creating her brand. “I pick the color, style and fit,” she says. “I know people don’t want to see-through leggings that show your butt crack. I test everything before it goes into production, ”she says.

Blain says her collection is designed to take you from the gym to a night out on the town. ” I want people to be able to wear [the pieces] wherever they want, ”she says.

Although being a successful business owner may be lonely, Blain says some of the best advice she ever received came from her grandfather, who always told her to hold her head high. And she hopes that FBF Body makes her customers feel like they can hold their heads high. “I do not sell clothes. I sell confidence, ”she says.

And while it took a lot to get her where she is today, Blain says she believes it all happened for a reason. “All of these things have happened to me, but I believe telling my story is what I was sent here to do. That’s my ministry, ”she says. 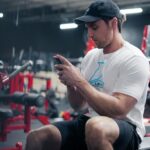 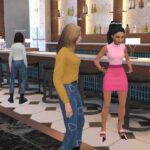