The Must-Have Gear for Going Out This Summer? Narcan!


Last year, as she scrolled through Instagram, Morgan Godvin took a bold swing. The Portland-based editor and harm-reduction activist direct-messaged the indie rap act Atmosphere, asking to pass out the opioid overdose-reversing medication naloxone on their upcoming tour. She wasn’t necessarily expecting a response to her DM. It was a wild request. But to Godvin’s surprise, not only did Atmosphere respond, they enthusiastically agreed.

Godvin sprang into action. With the help of a network of volunteers, she gave away naloxone (often referred to by its brand name, Narcan) at Atmosphere’s shows across the country. It wasn’t an easy task, as naloxone is often difficult and expensive to source, and each state has its own rules regarding its distribution. But the efforts were quickly and obviously fruitful. “At the show in Albuquerque, we literally saved people’s lives,” Godvin says. “The harm reductionists there reversed two overdoses: one during the show, one in the parking lot after.”

Godvin’s organization, Beats Overdose, is gearing up for another summer tour. Not a moment too soon: Drug overdoses are soaring, with the US Centers for Disease Control and Prevention reporting a grim record of more than 100,000 fatalities in 2021. Synthetic opioids, primarily fentanyl, have greatly contributed to this surge. “The drug supply is getting increasingly unpredictable,” says Sheila Vakharia, deputy director of the Department of Research and Academic Engagement at the Drug Policy Alliance. Even people who purchase pills must be careful, Vakharia cautions, as counterfeiters are pressing fentanyl to look like prescription drugs like Oxycontin. And although it is not nearly as prevalent an issue, sometimes clusters of overdoses are caused by cocaine, methamphetamines, and other non-opioid drugs inadvertently cross-contaminated with fentanyl. Meanwhile, the weather’s getting warmer, people are restless, and festival season has begun. It’s shaping up to be a hedonistic summer, which is why Narcan is essential.

Godvin’s not the only activist wading into crowds. Ingela Travers-Hayward and William Perry, an Ohio-based couple, recently founded the nonprofit This Must Be the Place with a mission to deliver Narcan to big-crowd summer events. Starting at the end of May, they will travel around the US to hand out Narcan at eight festivals, including Tennessee’s Bonnaroo, Cleveland’s Wonderstruck, and the legendarily raucous art festival Burning Man in Nevada’s Black Rock Desert. “We knew this summer everybody was going to come back out and be partying, maybe even more so than they normally would,” Perry says. With the drug supply as contaminated as it is, though, he’s worried. “They’re going to be walking into a buzz saw.”

Travers-Hayward and Perry decided to target festivals because they figure there will be a large population of people who aren’t habitual drug users but who decide to dabble. With no tolerance, chances of overdose are especially likely. “We thought, you know, we’ll email festivals, maybe we’ll end up at one or two in Ohio,” Travers-Hayward says. “But then we started getting good feedback.” The duo has even had to turn down some festivals because they don’t have the bandwidth to be there. They’ll be passing out Narcan from booths within the grounds. “We’ve been lucky that the venues are totally on board.”

That hasn’t always been the case. Colorado-based lawyer Daniel Garcia has been carrying naloxone for a long time, and he initially ran into some resistance. Ten years ago, volunteering for the long-running public health organization DanceSafe, he went to a show in Denver equipped with naloxone. The venue owners wouldn’t let him bring it in. “They got a little squirrelly,” he says. Garcia remembers they were worried it might look as though they condone drug use, as they had prior problems with people using drugs at shows. “My counter was, well, you’re admitting that you have all of this going on, and you’re getting into trouble for it. Wouldn’t it be safer and better to have medicine and services in place to prevent overdoses and deaths on your dance floor? They didn’t buy that. ” But now, Garcia says, he has no trouble carrying naloxone. “Everybody’s familiar with it. Now, lately, I actually get a thank you for carrying it. ” 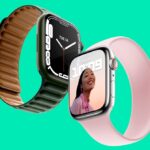 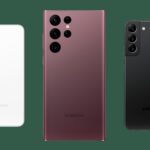 On China, US National Security Experts Fear the Wrong Thing

Last September, the Pentagon’s chief software officer, Nicolas Chaillan, resigned over what he described as the Department of Defense’s poor track record on technological adoption […]