One in three adults in America are considered overweight, according to the National Institute of Health. But how is this measured? The Centers for Disease Control and Prevention uses the Body Mass Index (or BMI), a figure calculated by analyzing your weight and height. But, of course, it’s way more complicated than that.

For starters, not everyone who is considered “obese” by BMI really is. Bodybuilders, for example, can have muscle mass that qualifies them as “obese,” even though they have very little body fat. But BMI has become such a societal standard that even the medical industry has had trouble parting with it.

“You can’t determine someone’s health by the shape of their body,” says Bradenton’s Tara Allison, a TikTok fitness influencer with more than 125,000 followers who goes by the username FatGirl.Fit. “Your body fat and space you take up on this planet should feel neutral.”

Nutritionist Grace Lopez agrees. She worked as a dietitian intern for Sarasota County Schools and now owns a private practice in Tampa. She works with clients between the ages of 20 and 30 who have struggled with their eating patterns and body image.

“A thin person could be at the doctor’s and diagnosed with type 2 diabetes and they’ll tell you it’s genetic,” says Lopez. “But a fat person will go, and doctors will immediately say it’s because of weight, without considering other factors.”

Even the words we choose matter. “Overweight” and “fat” are often used interchangeably, but are not the same. According to the National Institute of Health, “overweight” refers to an excess amount of total body weight, which includes fat, muscle and bone. The term “fat” is more subjective — a colloquialism that can have negative connotations. But for the community trying to positively reclaim the word, “fat” is the preferred adjective.

It is true that overweight individuals have a harder time finding proper medical care because of the misconception that all fat people must be unhealthy. Doctors spend 28 percent less time with obese patients during appointments and more than half of doctors in a 2003 survey viewed obese patients as “awkward, unattractive, ugly and noncompliant,” says Athena Nair, a body positivity activist.

In fact, BMI was created out of misconception and bias, too. In the 1830s, Belgian astronomer Adolphe Quetelet invented the index out of his interest in statistics, not health. He used it to monitor the weight of white, upper-class Europeans. The scale was never created to account for the bodies of other types of people.

To replace what many see as an outdated vocabulary, a number of new approaches to talking about weight and health have cropped up. One is called body positivity.

“Body positivity is a movement towards loving and accepting your body for how it looks,” says Lopez. “This helps advocate for equality, end discrimination and helps spread awareness for health outcomes driven by social, economic or environmental factors.”

However, according to Lopez, body positivity can still perpetuate a system in which one’s sense of self-worth is based on one’s appearance. We feel shame if we can’t find love for what we see in the mirror.

To solve this problem, a new movement called body neutrality has emerged. Body neutrality is a concept in which people neither demean nor praise their body, but rather appreciate it for what it can achieve.

“When I’m in the gym, I focus on goals like lifting heavier weights and my body’s overall performance, not its appearance,” says Allison. “As a result of this self-care and self-love, I have lost 100 pounds and gained so much strength.”

Lopez teaches the concept of neutrality to her clients when they are struggling with accepting their bodies. For instance, if postpartum or breastfeeding mothers come into her office feeling down about their figure, Lopez reminds them of all the amazing things their bodies have done.

“I remind them of their identity beyond their looks,” says Lopez. “We ask, ‘How did I take care of myself today?’ If you nourished your body, moved and hydrated it and provided it adequate rest, we are treating our body with respect. ”

This ties in with Lopez’s intuitive eating approach that she practices with clients, which focuses on instinct, emotion and rational thought. It does not follow restrictive diets or rigid meal plans, which can cause unhealthy yo-yo dieting and poor self-image. Instead, it incorporates another kind of neutrality — food neutrality.

“We can make peace with all foods,” says Lopez. “When we label foods as ‘good’ or ‘bad,’ we can fall into restricting and binging patterns. You lose control around these ‘bad’ foods. By taking off these labels, we understand that no one food will derail your health and change the trajectory of how your body functions. ”

According to Lopez, there are no “bad” foods, just negative eating habits. For example, if ice cream is a food that’s always off limits, you may go overboard and binge if given the chance, because you don’t know when you’ll allow yourself ice cream again.

Ultimately, while it’s good to look in the mirror and love what you see, it’s even better to respect your body for what it’s capable of. This is why body neutrality is continuing to become popular in the nutrition field, in the fitness community and on social media.

Anyone can benefit from practice, whether with body image, fitness or food.

“I am a baker. I like to eat sweets, ”says Allison. “I am not going to give up things that make me happy just because the diet industry or social media told me so. We can enjoy all aspects of our lives. ”

Look in the mirror and recite the ways you took care of yourself that day. Whether you ate a nutritious lunch, went for a walk or meditated, it’s all beneficial.

Write down a list of what your body is capable of. This could include walking, laughing, picking up your kids or grandkids or getting a good night’s sleep.

Don’t make appearance-based comments (positive or negative) about your body or others’ bodies.

Set goals with a personal trainer or on your own with a fitness routine.

Seek advice from a registered dietitian if you are feeling stuck. 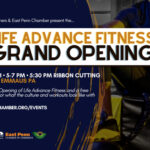 Hello and welcome to another edition of the Lounge Fitness roundup! Every Saturday, we bring you stories from our Fitness section that you may have […]