The Food and Drug Administration’s decision to limit the use of the Johnson & Johnson COVID-19 vaccine won’t have a significant impact on health systems.

The FDA scaled back the emergency use authorization of the vaccine developed by J&J and its Janssen Pharmaceuicals subsidiary because it caused a rare blood clotting disorder in 60 patients out of 18.7 million doses administered. The vaccine should only be used for adults who would otherwise go unvaccinated or who cannot have the Pfizer and Modern vaccines, the agency said.

Most patients received Pfizer and Moderna’s mRNA vaccines and providers have stored minimal amounts of the J&J vaccine, several health systems said. The J&J shot only accounts for about 3.4% of the 578 million doses of the COVID-19 vaccine administered, according to Centers for Disease Control and Prevention data.

Both Yale New Haven Health and Utah Health University have kept minimal amounts of the J&J vaccine on hand.

The J&J vaccine has been difficult to obtain, which has potentially limited its distribution across the healthcare supply chain, said Erin Fox, senior pharmacy director at University of Utah Health. 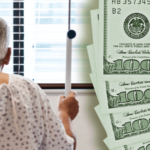 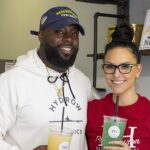 How much money should CVS, Walgreens and Walmart pharmacies pay two Ohio counties in damages to help them ease the effects of the opioid crisis? […]

Cigna launched a digital consultation service for cancer patients and their providers, the company said Thursday. The service, operated through the company’s Evernorth healthcare services […]