Employers in the sector added an estimated 34,300 jobs last month, up from 23,300 in March, preliminary data show. The healthcare industry contributed to 428,000 hires made across the economy in April.

The jobless rate held steady at 3.6%, with 5.9 million people unemployed in April. The unemployment rate has been below 4% for three consecutive months, illustrating the rebound from the COVID-19 pandemic. In February 2020, the month before the pandemic began, 3.5% of workers were unemployed.

An estimated 1.7 million people reported being unable to work last month due to closures or lost business linked to the pandemic, down from 2.5 million in March. 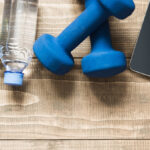 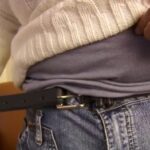 The city of Shanghai is doubling down on pandemic restrictions after a brief period of loosening up, frustrating residents who were hoping a more than […]

By KIM BELLARD If you went to business school, or perhaps did graduate work in statistics, you may have heard of survivor bias (AKA, survivorship […]