SURF CITY, NC (WWAY) – A 5K race happening in Surf City this weekend is raising money for a good cause while also celebrating Mother’s Day.

Surf City Fitness is hosting the race, which kicks off Saturday, May 7 as 8:00 am

Gym general manager and race director Brooke LeBeouf says the idea came about when thinking of ways to get involved in the community.

“The 5k just kind of became the idea and general consensus to get an annual event going,” LeBeouf said. “We just kind of went from there and then Mother’s Day weekend kind of fell into our lap, and we just decided to expand on it.”

LeBeouf says while the race is open to everyone, moms will get a special honor.

“Every mom is going to get a flower at the end of the race, they’ll get personalized bibs that are going to be pink, so we know who is a mom and who isn’t,” she said. “We’ve also created a division just for mothers and their children to try to encourage kids to get involved as well.”

“Last year alone they had 37 rescues, a bunch of which were related to the rip currents,” she said. “And they also responded to 13 missing person reports, so it’s just something that we noticed, it’s more needed and Surf City is only growing.”

You can register for the race here. 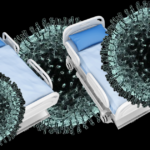 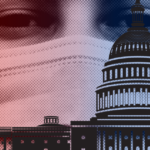 Next Article Sweeping, limited, or no powers at all? What’s at stake in the mask mandate appeal

Whether you are a regular gymgoer who spends some much-needed downtime with a console, or perhaps you are a serious player looking to go pro, […]

Llewellyn, the Fit Foodie, Reveals the Secrets to his Fitness In New Book Available On Amazon, Rated 5 Stars