Novak Djokovic failed to make it to the finals of the Madrid Open after losing his semifinal encounter against Carloz Alcaraz of Spain on Saturday. The 19-year-old, who had beaten Rafael Nadal in the quarterfinals, defeated Djokoic in a tight three-set match 6-7 (5), 7-5, 7-6 (5) to become the youngest finalist at the Madrid Open.

Advances to the final in Madrid

Djokovic has missed quite a few tournaments this season due to his unvaccinated status and has only been able to play consistently since the Monte-Carlo Masters in April.

Tennis journalist Peter Bodo spoke on a podcast episode of Tennis Channel’s Inside-In show, speaking at length on how he views the Serb’s preparation going into the second Grand Slam of the year.

“This was a big week for him. I think it’s a pity he didn’t get a chance to strut his stuff and get embroiled with Andy Murray which would have been a great occasion for us today,” Bodo said.

“However, this turns out it’s already a win for him the fact that he is where he is even though this last match as a walkover isn’t the best of situations. But coming in, I had a lot of questions about him and I kind of still do, “Bodo added.

Bodo expressed his reservations about Novak Djokovic’s fitness levels given the amount of time off the Serb has had and wondered how the vaccine controversy may have impacted his focus.

“He had a lot of time off. He has been through a lot of what you might call adversity with the whole vaccine issues and stuff,” Bodo said.

“So, these things tend to wear on someone and really get people thinking in a different direction. We dont know what his fitness level is really. Any player you talk to they tell you they are working really hard, that they are working 110% and stuff, but they dont always. I am really curious to be able to see this week whether he is able to pull together and play some statement tennis which he appears to be doing, “the American added.

Novak Djokovic has struggled with his form all season and has been trying to find his best form ahead of the French Open. In his semifinal encounter against Alcaraz, the Serb failed to read the delectable drop shots that the Spaniard used at regular intervals. That, combined with Alcaraz’s fiery aggression proved too good for Djokovic on Saturday.

Despite having his ankle taped at the start of the match, Alcaraz covered the court with great efficiency and speed, just as he did in the quarterfinal against Rafael Nadal.

Notwithstanding the loss, Novak Djokovic stated that he played his best tennis of the year at Madrid and had a lot of positives to take away.

“Yeah, I definitely played very good tennis, I mean, the best that I have played this year. Probably when the disappointment of losing this match passes, I will have a lot of positives to take away from this week.”

Djokovic will be seen in action at the Italian Open in Rome next week ahead of the French Open. 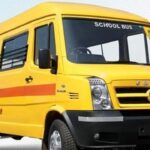 Previous Article School buses yet to get fitness tag 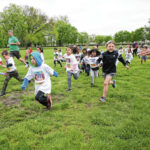 As a run-up to International Day of Yoga on June 21, the Ayush Ministry has begun a countdown for all Union ministries. As part of […]

A lot of the time, working out is for personal gain. We work out to relieve stress, get healthy, and just feel better […]