The Blossom Festival activities started bright and early Saturday morning for 446 runners and walkers at the 18th annual runBlossom 5K. Under blue skies and with perfect temperatures, event participants enjoyed a fun run along the Arkansas Riverwalk.

“We had 144 competitive runners – and they were FAST – and 302 kids and joggers,” said Brian VanIwarden, race director for Fremont Adventure Recreation.

About 175 of the runners were participants in the Youth Exercise Training Initiative (YETI) program, offered to school-age children in the Fremont Re-1 and RE-2 districts. Volunteer coaches from each participating school led students at practices twice a week throughout April. In addition to running, students also learn about nutrition, stretching, and healthy lifestyle choices.

“I can’t believe it’s been 10 years since the inception of YETI,” said program coordinator Marcy Epperson. “I remember Brian VanIwarden proposing it to our CCHS Health and Wellness team, and being the cross country coach, I felt that it was a ‘must’ for our kids. Not only does YETI encourage our kids to be physically healthy, but it also provides an outlet for their emotional well-being. ”

“I think YETI went extremely well this year, considering our two-year hiatus,” said Epperson, who also serves as the CCHS Cross Country head coach. “I was anticipating it being a ‘building year’ after COVID-19, and I was pleasantly surprised to see how much schools wanted it back.”

FAR’s mission is to promote health and wellness in the community. This event is a cornerstone in their yearly calendar.

“We see so many parents and families come out for the event. It’s not even just about the kids, it’s about getting families out on Saturday morning to make memories and be involved in the Blossom Festival, ”said VanIwarden, who has served as director of the event for the past 14 years.

The first event took place downtown in 2004, starting and ending at the clock tower on 3rd and Main. Eighteen years later, this year was particularly special for both Brian and other FAR board members, as many of their children were part of the event – both volunteering and running.

“After over a decade of organizing this race,” said VanIwarden, “giving out a medal to my son, Lincoln, was really a highlight.”

While the event has offered a 5-mile and a half-marathon in the past, this year the organizers honored the offerings to just one course – the 5K.

“YETI has grown to be one of the focuses of this event,” said race director Brian VanIwarden, “and we really want the kids and families to have a first-rate experience as they come out to enjoy runBlossom. It felt incredible to be ‘normal’ again. ”

Competitive runners began at 8 in the morning, allowing them to take advantage of a clear, flat, fast course. Then, at 8:45 am, YETI participants and families took over the course and walked, jogged, and rolled their way through 3.2 miles. 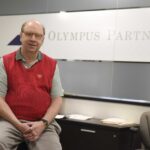 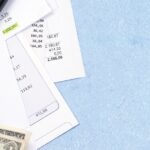 Lifestyle changes for expecting mothers for a smooth pregnancy

NASHVILLE, Tenn. (WTVF / CONSUMER REPORTS) – Whether you’ve played in a college band, you’ve cranked your headphones too loud, or used power tools without […]

Teddi Mellencamp Reacts to Comments About Her Neck-Lift (Exclusive)

Waiting for your permission to load the Instagram Media. Former “Real Housewives of Beverly Hills” star Teddi Mellencamp opened up to “Extra’s” Billy Bush about […]