This is the #1 Cause of Diabetes, Says Physician — Eat This Not That


Diabetes is a chronic health condition that affects how your body turns food into energy. If you have diabetes, your body either doesn’t make enough insulin or can’t use the insulin it makes as well as it should. Over time this can cause serious health problems such as heart, vascular, Alzheimer’s disease, or cancer, vision loss, neuropathy and kidney disease. To-date, there are three traditional types of diabetes: type 1, type 2, and gestational diabetes.

According to the CDC, diabetes is one of the nation’s leading causes of death and disability. In 2019, diabetes was the seventh-leading cause of death in America and claimed more than 87,000 lives. Diabetes-related deaths surged by 17% in 2020 and 15% in 2021 compared to the pre-pandemic level in 2019. And many more who are living with diabetes suffer from disease-related cardiovascular damage, and other chronic diseases of aging, vision loss , and lower-limb amputation.

There is no cure for diabetes, so self-management and a healthy lifestyle regimen are necessary to reduce the impacts of diabetes on the human body. As a medical practitioner, specializing in endocrinology, diabetes and metabolism, I help my patients understand and manage their diabetes. Read on to find out more — and to ensure your health and the health of others, do not miss these Sure Signs You’ve Already Had COVID.

It is believed that Type 1 diabetes is caused by an autoimmune reaction that attacks the body by mistake. If you have Type 1 diabetes, your pancreas is unable to make the hormone insulin, which normally regulates the level of sugar (glucose) in your blood stream. Without insulin to clear out excess excess glucose, levels rise, wreaking havoc on the blood vessels. This is what causes all the vascular damage throughout the body.

The presence of certain antibodies in the blood are considered markers of diabetes. These include glutamic acid decarboxylase (GAD) and pancreatic insulin-producing islet cell antibodies (ICA). When GAD-positive antibodies are seen in adult-onset diabetes, it’s a form of disease called latent autoimmune diabetes in adults (“LADA,” or “type 1.5 diabetes”). This type of diabetes is often misdiagnosed as Type 2 diabetes, because it’s adult-onset. This misdiagnosis unfortunately leads to poor therapeutic choices, worsening of glycemic (blood sugar) control, and may speed up progression to fulminant insulin-deficient Type 1 disease (a condition where the insulin-producing beta cells of the pancreas are swiftly and completely destroyed) . Most early childhood type 1 diabetes involves autoimmune dysfunction, where antibodies attack and destroy the insulin-producing cells

Some in the medical community now suspect that non-autoimmune forms of insulin-deficient (Type 1) diabetes are, in fact, autoimmune in nature, but they involve antibodies that have not yet been identified.

The main cause of Type 2 diabetes is obesity. Type 2 diabetes is also called “insulin resistance,” because it’s not a lack of insulin that causes blood sugar to rise, but an inability of the body’s cells – especially muscle and fat cells – to utilize it. The pancreas still makes insulin as it should, but the insulin is rendered nonfunctional because the cells “resist” it. This has the same negative effect as having no insulin. Sugar levels rise, leading to vascular damage throughout the body. Moreover, the compensatory hyperinsulinemia itself plays an important pathogenic role in the chronic diseases of aging, including heart, vascular, Alzheimer’s disease and cancers.

Type 2 diabetes used to be known as adult-onset diabetes, but both Type 1 and Type 2 diabetes can begin during childhood and adulthood. Type 2 is more common in older adults, but the increase in the number of children with obesity has led to more cases of Type 2 diabetes in younger people.

On the other hand, 20% of adult-onset diabetes is an autoimmune form (positive GAD antibody) of type 1 diabetes, so called latent onset diabetes of the adult, or LADA.

A variant of type 2 diabetes is ketosis-prone diabetes type 2. These individuals are typically older than adolescents, or childhood-onset type 1 diabetics, and are typically obese. This group is commonly racially identified as black, Hispanic, Asian, or Indian. Ketosis or ketoacidosis is characteristically an initially disease presentation, requiring insulin treatment that subsequently is manageable with oral agents. The pathogenic cause of ketosis-prone type 2 diabetes is not clear.

Another factor contributing to the development of Type 2 diabetes is the consumption of “non-food” dietary additives (for example, artificial sweeteners). These substances cause oxidative stress in the liver and subsequently the pancreas, resulting in excessive secretion of insulin and resistance to that insulin in the muscle, liver and fat cells. As mentioned above, insulin-antibody-mediated diabetes in childhood is often considered Type 1 disease, although the presence or absence of insulin deficiency independent of autoimmunity, also differentiates Type 1 versus Type 2 diabetes.

Long-standing Type 2 diabetes eventually leads to exhaustion destruction of the pancreas’s insulin-producing beta cells with declining insulin levels. When this happens, the disease evolves into a non-autoimmune form of Type 1 (insulin-deficient) diabetes, sometimes referred to as diabetes type 1 1/2. When this happens, the person will need to start taking insulin shots, because their body no longer produces its own insulin.

Another insulin-resistant or Type 2 form of diabetes is known as steroid-induced diabetes — an unexpected increase in blood sugar that’s related to the use of steroids.

This can occur with prolonged steroid use and is one reason prescribed courses of steroid medications are generally short and taper off quickly. Such marked rises in blood glucose levels may occur in people with or without a history of diabetes. The most characteristic feature is skeletal-muscle insulin resistance with blood-sugar spikes that occur after meals. The muscles do not take up the sugar as they should. Steroid-induced diabetes is more similar to Type 2 diabetes than Type 1. In both steroid-induced diabetes and Type 2 diabetes, your cells do not respond appropriately to insulin. In Type 1 diabetes, your pancreas does not create insulin. 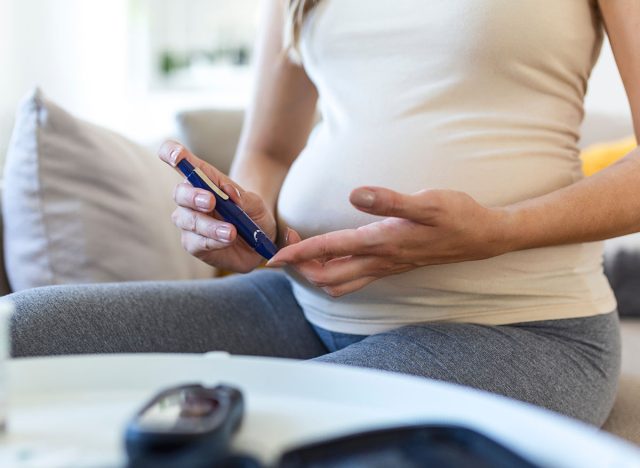 Gestational diabetes is a type of diabetes that can develop during pregnancy in women who do not already have diabetes. Gestational diabetes occurs when your body becomes resistant to the actions of insulin during your pregnancy. Insulin is a hormone made by your pancreas that lets blood sugar into the cells in your body for use as energy.

Both hormones produced by the placenta (progesterone and human placental lactogen) promote resistance to the actions of insulin. The placenta also produces a hormone called corticotrophin releasing hormone (CRH) which increases cortisol production during pregnancy. This also antagonizes the actions of insulin. In addition, excessive weight gain and poor dietary choices during pregnancy promote insulin resistance.

The term Type 3 diabetes has recently been coined in reference to the insulin-resistance component of the pathogenesis (course of development) of Alzheimer’s disease. Type 3 diabetes occurs when neurons in the brain become unable to respond to insulin, which is essential for basic tasks, including memory and learning. Some researchers believe insulin deficiency is central to the cognitive decline of Alzheimer’s disease.

Maturity-oset diabetes of the young (MODY) are a group of inherited diabetes subtypes that are passed from parent to child through the genes. Symptoms typically begin in older childhood or young adulthood, before age 30. This group is characterized by having abnormally high blood sugar levels — blood sugar arises from reduced production of insulin. Severity depends on the particular genetic variety, and can range from symptomless to severe. MODY in contrast to types 1 and 2 diabetes, only accounts for 1-2% of the prevalence of diabetes.

Anyone experiencing ongoing dry mouth, excessive thirst, frequent excessive urination, lightheadedness, unintended weight loss, or blurred vision should have their blood glucose level checked immediately. A doctor should do bloodwork that includes an endogenous insulin level (the best test is a C-peptide level). If this level is low or mid-range, a GAD antibody test should be done.6254a4d1642c605c54bf1cab17d50f1e

If pre-diabetes or insulin-resistant type 2 diabetes is diagnosed, the best course of action is to lose weight, develop an exercise plan that includes at least 30 minutes of walking or other movements most days of the week, quit smoking (if applicable ), limit alcohol, follow a Mediterranean diet (there are many forms of it that can be adapted to any ethnic preference) and find ways to reduce stress. Learning what constitutes a healthy, balanced diet (that included not only the Mediterranean but a low glycemic ndex-based diet and limiting the processed and “nonfood” additives to the diet) is a great first step to better health, and may help prevent the onset or progression of type 2 diabetes. And to protect your life and the lives of others, do not visit any of these 35 Places You’re Most Likely to Catch COVID.

Dr. Brian Fertig, MD, FACE, is the Founder and President of the Diabetes & Osteoporosis Center in Piscataway, NJ, serves as an Associate Professor at Robert Wood Johnson Medical School and as the Chair of the Department of Diabetes and Endocrinology at Hackensack Meridian Health, JFK University Medical Center. He is also the author of “Metabolism & Medicine“a two-volume series detailing a scientific approach for predicting and preventing disease. 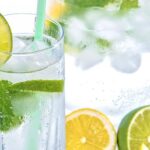 Previous Article How good is lemon water for you?

Is Holistic Nutrition the Answer for Improving Overall Nutritional Needs?

In the latest episode of the podcast “There More to IT,” host Jason Claybrook brings on his wife Niki, and diverges from technology to discuss […]

William “Bill” Koleszar of Seymour traveled to a suburb of Detroit, Michigan, in August 2021 in hopes of qualifying for the 2022 National Senior Games. […]