The feeling of winning a major contest at the Arnold Classic may take a while to hit home. For 2022 Bikini International winner Lauralie Chapados, the feeling is still one she is getting used to. When Isabelle Turell announced her on the May 7th episode of The Fit Rockstar Show, she was caught by surprise to hear the words.

“I swear that’s the first time someone calls me that, you know? Like, ‘Miss Bikini International.’ For a second, I was like, ‘wait, who?’

Lauralie Chapados may still be adjusting to life with that title, but she is still hoping to earn one more title this year. Chapados will be a top contender for this year’s Bikini Olympia title, which is currently held by Jennifer Dorie. The Canadian champion hopes to be the fourth straight new winner on bodybuilding’s biggest stage. At the time of the interview, Chapados was five weeks out from the Pittsburgh Pro. She won that contest on May 6th. However, there will be no other contests between Pittsburgh and the Olympia in Las Vegas on Dec. 16-18.

“It’s going to be a full focus on Olympia,” said Chapados. “I’m going to have to probably visualize all of this.”

If she is going to win, she will have to visualize herself defeating Dorie, the returning 2020 champion Janet Layug, three-time Olympia winner Ashley Kaltwasser, and several more of the best competitors in the world on one stage. That passion and commitment goes back to the day she first joined a gym, which she remembers very well.

“It was such a random day. It was a day like every other day, but it wasn’t, ”she told Turell. “I really made that deal with myself, and it’s been twice a day (since).”

Lauralie Chapados talked to Turell about her childhood, playing soccer, her passion for fitness and helping others, as well as a lot more topics. Watch this episode in its entirety over at www.wingsofstrength.net. Don’t forget to follow @fitrockstarshow on Instagram. 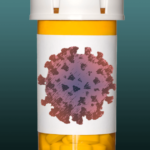 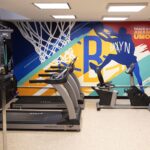 The Legacy of Hope Foundation (LHF) is grateful for the support and generosity of spirit demonstrated by Fight Fitness. OTTAWA, ONTARIO, CANADA, May 6, 2022 […]

It’s the revenge of the gyms. What’s happening: Fitness chains like Life Time and Planet Fitness reported sharp increases in revenue and users this week […]