CrossFit Star Mat Fraser Said Being Sober Made Him Stronger

But prior to being the Fittest Man on Earth from 2016 to 2020, and even before his pre-CrossFit Olympic weight training, Fraser said he struggled with using drugs and alcohol at a young age, he shared in a recent YouTube video.

He first experimented with substances as young as fourth grade, Fraser told his YouTube followers. He said his last drink was the night before the senior year of high school, when he got an underage drinking citation. Being caught drinking was such a frequent occurrence that Fraser’s father had no emotional response to the news, he said.

“That was pretty soul-crushing. It was a low point for me,” he said. “It was that night I was like ‘fuck this, I don’t want this for my life, I’m going to get my shit together.’ I had big goals, I wanted to go to the Olympics. ”

Fraser said he instead channeled his “addictive personality” into a rigorous workout schedule.

“I would wake up before school, say 5 am, and I remember running to the gym, one mile door to door, do a full weight training session, run home before the school bus picked us up,” he said. “After school I would go to the gym where I actually did Olympic weightlifting. And usually that night I would do bodybuilding stuff, core, accessory work at home.”

He said the rigorous schedule helped him frame his tendency towards extremes in a more productive way.

“Having this addictive personality can be a benefit if I’m addicted to things that have a positive outcome,” Fraser said.

While long hours at the gym worked for Fraser, exercise can become an addictive behavior to the point of being harmful, research suggests. Overtraining can lead to fatigue and injury, as well as stalling muscle and strength gains, experts say. Strategies like active recovery and full rest days can help prevent mental and physical side effects.

Alcohol can wreak havoc on fitness goals and performance

One of the advantages of CrossFit was not having to explain his sobriety when he declined a drink at a party, Fraser said, since many athletes avoid alcohol for performance reasons.

“It’s so normal for so many competitors not to drink because the data is there on how much that affects your recovery the next day,” Fraser said.

There’s good evidence that drinking in excess (more than one drink a day for women or two for men) can be detrimental to fitness – it impairs sleep and stalls muscle repair, which can make it more difficult to reap the benefits of a workout. And the next day, hangover symptoms of dehydration, nausea, poor coordination, and lack of focus can decrease performance and increase injury risk in the gym, too.

While some research suggests athletes tend to drink more alcohol, they’re also less likely to have unhealthy drinking habits, according to data. And a growing market of non-alcoholic options is increasing catering to fitness fanatics as well as the sober-curious, including Fraser’s nonalcoholic beer partner Athletic Brewing.

To quit or cut back on drinking, surrounding yourself with a strong, like-minded community is key, according to Fraser, whether that’s working out, playing a sport, or another shared activity.

“You don’t feel like you need to have a bit of a glow on to feel comfortable socializing. You’re around people doing the same things as you, so there’s your jumping off point for starting a conversation of a friendship,” he said. 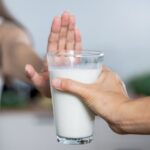 Previous Article Surprising Side Effects of Giving Up Milk, Says Dietitian — Eat This Not That

What we learned from her return at Eastbourne, from fitness levels to Wimbledon 2022 hopes

EASTBOURNE – Despite three British players in action earlier on Center Court, it was Serena Williams who the Eastbourne crowd wanted to see. Her star […]