High blood pressure in young people may have a negative effect on their brains in midlife, research suggests, raising concerns that the stresses and sedentary lifestyles many have experienced during the pandemic could have a lifelong cognitive impact.

A study presented at the American Stroke Association’s International Stroke Conference 2022 in February found that high blood pressure in young people, ages 20 to 40, appears to be linked to cognitive changes in midlife, around age 55, that may increase the risk for cognitive decline and dysfunction later in life. These findings suggest that health-care professionals could consider more aggressive treatment for young people with high blood pressure, the study authors said.

The findings of this small study of 142 participants support those of other studies. A 2020 review that examined the effects of hypertension on the brain at all ages found that heightened blood pressure in early life, even in childhood, relates to altered brain structure, cerebrovascular function and cognitive processing. It also found that available evidence is insufficient to explain the pattern of brain deficits related to high blood pressure, but that early intervention may reduce blood pressure and help maintain brain function.

“Brain injury is cumulative, and it starts sooner than we think,” says Mitch Elkind, professor of neurology and epidemiology at Columbia University Irving Medical Center and chief of the Division of Neurology Clinical Outcomes Research and Population Sciences. “The earlier in life we ​​look, the more evidence we find that early life changes in cardiovascular risk factors, such as blood pressure, are associated with later-life evidence of brain injury, including undetected strokes, damage to the brain’s white matter, and cognitive impairment. ”

These findings are cause for concern because pediatric hypertension in the United States has increased fourfold over the last 30 to 40 years, according to Johns Hopkins Medicine. About 1 in 25 youth, ages 12 to 19, have high blood pressure (hypertension), and 1 in 10 have elevated blood pressure, according to data from the Centers for Disease Control and Prevention.

Kids can have high blood pressure, too. What should you do?

Alan Sved, professor of neuroscience at the University of Pittsburgh, who co-wrote the 2020 review, says of the February study that it “further stresses the importance of this problem. Monitoring blood pressure at young ages and paying attention to elevated blood pressure in childhood, even blood pressures that would be considered at the slightly elevated or ‘prehypertensive stage,’ can help reduce long-term problems. ”

The February study suggests that high blood pressure starting at a young age was associated with a smaller brain at midlife (around age 50). Christina Lineback, lead author of the study and a vascular neurology fellow at Northwestern Memorial Hospital in Chicago, says, “The brain areas we measured are important structures, such as the hippocampus, which is responsible for memory formation.”

She describes how walking, cognition and even emotions can be affected by these brain changes. “This suggests that if we have better controlled blood pressure in young people there may be less brain changes over time,” she says.

Sved agrees and says, “While high blood pressure in young people can negatively impact their brain health later in life, there is every reason to believe that interventions aimed at reducing their blood pressure and other cardiovascular disease risk factors can improve that situation.”

A sedentary lifestyle and stress can contribute to high blood pressure in young people, but so can other factors such as sleep apnea, kidney disease, thyroid problems and certain medications. Blood tests, urinalysis, echocardiograms, renal ultrasounds and other methods can detect these conditions. Some people may not know that they have high blood pressure, so screening remains important.

“Many things can contribute to the high blood pressure that we can work on, including having an active lifestyle, healthy diet and avoiding smoking,” Lineback says. “The American Heart Association’s ‘Simple Seven’ is a great reference to improving your cardiovascular and brain health.”

Sved agrees: “The impact of a healthy lifestyle, including diet and exercise, cannot be overstated.” 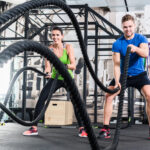 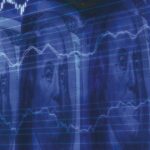 Take Control of Your Heart Failure with These Helpful Tips

Alcohol has long been associated with poor health, but did you know that alcohol also affects brain development? In fact, drinking too much alcohol can […]