Does He Follows A Strict Regimen?


EXO Lay Zhang previously returned to the group activities from his years-long hiatus. But, while he was not active in South Korea, he continued to work on his solo career in China.

With all of his activities, commitments, and engagements, it is not surprising for fans to learn that the Chinese K-pop idol remains mindful and careful of his visuals and health. It would not come as a shock, as well, if he follows a strict diet program.

However, there is little information about Lay Zhang’s diet. Reports have seemingly yet to know what he eats in a day and what he avoids to stay fit.

Health-Yogi claimed, nevertheless, that the Chinese celebrity is not “as strict as Kai or Chanyeol” when it comes to his food choice. Although, he is said to be fond of following a “healthy lifestyle.”

Lay reportedly believes that he can eat what he wants. This likely explains why he has a very extensive workout regimen.

But, while the idol may not be strict with his diet, there is a possibility that he follows such routines from time to time. There was a time in the past when fans and followers saw how his trainer did not allow him to satisfy his cravings.

Lay Once Lied For His Donut Cravings

In 2019, the EXO member caught the eyes and hearts of his fans when he ate a donut against his trainer’s instruction. It happened when they passed by a donut shop at an airport in 2019, according to Kpop Map.

Upon seeing and smelling the baked goods at a store, Lay asked his trainer if they could get some. The fitness expert responded with a firm “no,” which seemingly disappointed the idol.

But, instead of moving on, he hatched a plan to satisfy his cravings. He told his trainer to go on first without him and claimed that he needed to use the washroom.

When the trainer left, the EXO member returned to the donut shop and bought one for himself. Upon taking his first bite, he rhetorically asked the camera recording, “no one saw it, right?” 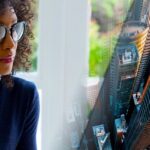 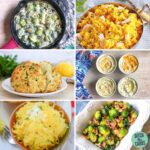 Take Control of Your Heart Failure with These Helpful Tips