The gender of the drinker and the brewing method could be key to coffee’s link with elevated cholesterol levels, according to a new study published in the open-access journal Open Heart.

Researchers from UiT The Arctic University of Norway studied data from 13,889 participants (7,167 women and 6,722 men) responding in 2015 and 2016 to the seventh survey of the Tromso Study, a long-term population study launched in 1974 involving residents of the Norwegian city of Tromsø.

Scientists asked participants how many cups of coffee they drank each day. They also asked what type of brew they drank: filtered; plunger (cafetière); espresso from a coffee machine, pods, mocha pots, and instant.

Subjects were 40 and older, with an average age of 56.

Blood samples were collected and physical information was collected, including height and weight, diet and lifestyle, including whether the participants smoked, how much alcohol they drank, and how much they exercised. They also recorded participants’ education level attainment and whether they’d been diagnosed with type 2 diabetes.

Women drank an average of just under four cups of coffee per day, while men consumed nearly five on average.

Data analysis showed an association between coffee and serum total cholesterol that varied, depending on how the coffee was made. “Significant” gender differences were discovered for all brew types, except coffee made with a bar plunger.

“Coffee is the most frequently consumed central stimulant worldwide,” the study authors wrote. “Because of the high consumption of coffee, even small health effects can have considerable health consequences.”

The researchers pointed out that naturally occurring chemicals in coffee, such as diterpenes, cafestol, and kahweol, raise levels of cholesterol in the blood.

Brewing method matters, but it’s not clear what impact espresso coffee might have, and in what quantities.

Ingesting three to five cups of espresso per day was significantly associated with increased serum total cholesterol, particularly among men.

Compared with people drinking none, that pattern of consumption was associated with 0.16 mmol / l (millimoles per liter) higher serum cholesterol among men, versus 0.09 mmol / l among women.

Six or more cups of filtered coffee daily was associated with 0.11 mmol / l higher cholesterol among women, but not among men, when compared with those not drinking filtered coffee.

Instant coffee was associated with an increase in cholesterol in both genders, although it did not rise in tandem with the number of cups drank, compared with those who did not drink the instant.

“When the coffee beans are unfiltered, there can be up to 30 times more of these diterpenes than in a filtered brew, making unfiltered brews like espresso increase LDL levels and risk of cardiovascular disease,” she explained. “It is also important to note that caffeinated coffee is a stimulant and can increase blood pressure levels, and trigger heart palpitations such as atrial fibrillation in some individuals.”

“Some individuals may also get gastric irritation, jitters, and insomnia, so the amount recommended needs to take into account medical history, medications, and individual symptoms for optimal health,” Routhenstein said.

The study’s authors pointed out there was no standardized cup size used in their study.

They also acknowledged different types of espresso – from coffee machines, capsules, or mocha pots – are likely to contain different levels of the key naturally occurring chemicals.

They also said there are no obvious explanations for gender discrepancies in cholesterol response to coffee drinking.

Dr. Rigved V. Tadwalkar, a cardiologist at Providence Saint John’s Health Center in California, said there might be other reasons for the study’s results.

“This study was a population-based cross-sectional study, which means that there is a lot of variability in the data collected,” he told Healthline. “There are a number of possible reasons as to why the association between espresso consumption and total cholesterol was stronger for men.”

“Men may be drinking larger quantities,” Tadwalkar added. “Serving / cup sizes could also be larger for men. Further, different types of brewing methods predominating with one sex versus the other may also be responsible. ”

The study authors noted the chemical make-up of different types of coffee may also matter.

“Interestingly, coffee contains more than a thousand diverse phytochemicals,” they wrote. “The intake of each compound also depends on the variety of coffee species, roasting degree, type of brewing method, and serving size.”

The researchers also pointed out that “experimental studies show that cafestol and kahweol, as well as increasing total cholesterol, have anti-inflammatory effects, protect the liver, and lessen the risks of cancer and diabetes.”

“While it may be scary to realize that coffee can raise cholesterol, there is an established literature base showing that moderate coffee consumption is associated with lower cardiovascular disease risk,” Tadwalkar said. “The data on this are strong and have now been incorporated into guidelines on cardiovascular disease prevention. It is felt that the numerous biologically active compounds contained within coffee beans are responsible for these beneficial effects by improving metabolism and insulin sensitivity, as well as by reducing inflammation and oxidative stress. ” 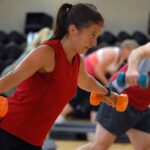 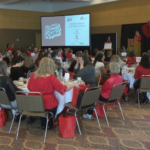 Causes Of Miscarriage And Preventive Measures To Bear In Mind

Image: Shutterstock Miscarriage is the most common type of pregnancy loss, and it can be both physically and emotionally painful and draining. As per reports, […]

DULUTH, MN– On Wednesday, a Duluth woman known for her athletic achievements and healthy lifestyle shared her story to inspire others and encourage them to […]

Why L.G.B.T.Q. Adults Are More Vulnerable to Heart Disease

Researchers sometimes refer to the allostatic load, the cumulative toll that chronic stress takes on the brain and body, said Scott Bertani, director of advocacy […]

Ecofitness Hub, the go-to place for fitness enthusiasts and gym buffs in Lagos, stepped up its game with the maiden Eco Fitness Basketball Slam which […]