The Medal of Excellence goes to two standout student-athletes at each of the MAC’s 12 fulltime member schools. The selected student-athletes are required to achieve a minimum 3.50 grade point average and have exhibited athletics excellence, leadership and service.

Potter has been at the core of the surging lacrosse program that on Friday will make its first NCAA Tournament appearance when it plays an opening-round game at Northwestern.

A native of Noblesville, Ind., Has appeared in 55 career games, 46 of them starts, during her four-year career. She has scored 44 goals among 65 points.

She carries a 4.0 grade point average while working towards a Master’s of Science in Administration degree with a concentration in leadership. She earned a Bachelor of Science degree in December, 2021, with a major in language arts and a minor in leadership. Her undergraduate cumulative GPA was 3.85, which landed her on the Intercollegiate Women’s Lacrosse Coaches Association Honor Roll as well as the Academic All-MAC Team in 2021. Potter was named Academic All-Southern Conference and earned a spot on the Southern Conference Honor Roll three consecutive seasons from 2018-20.

Potter’s list of achievements and off-field participation is long and varied. Within the lacrosse program specifically and the athletic department in general, she has mentored younger teammates through film study and served as a student-athlete representative on the athletic director search committee and on the athletic director’s 100-day plan as presented to the CMU Board of Trustees. She has served as a panelist in the program’s assistant coach searches, as a First-Year Experience mentor and teaching assistant, and as an academic student-athlete tutor.

She has served on the MAC Council of Student Athletes, the CMU Student Athlete Advisory Committee, and the department’s Athletics Leadership Development Program. She has volunteered with Special Olympics, the Midland County Humane Society, and the Mount Pleasant Community Church as part of the Sarah R. Opperman Leadership Institute. As a leader among CMU student-athletes, she has planned and carried out educational initiatives for Mental Health Awareness Week, Diversity & Inclusion Week, and the Chippewa Athletic and Academic Awards. She is a certified lacrosse official, a camp director, and is a club lacrosse coach.

Marten wrapped up an outstanding collegiate career in 2021-22, as he was twice named a Scholar All-American by the National Wrestling Coaches Association, was a three-time Academic All-MAC honoree, and closed with a 74-48 won-loss record.

The Tecumseh native qualified for the NCAA Championships in 2020, when he placed a career-best third at the MAC Championships.

Marten posted a 3.97 GPA in his master’s program, and he serves as a research assistant at the CMU College of Medicine. He will attend the Loyola Chicago Stritch School of Medicine.

In 2021, he earned the prestigious Dick Enberg Athletic Director’s Leadership Award, which goes to a student-athlete who has excelled in the classroom and in the athletic arena and has displayed outstanding leadership and performed with distinction. 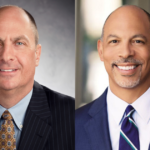 In August of 2021, Visit Corvallis held a sporting event for people 50 and older. The event was so well received, they’re bringing it back […]

Should I Drink Water While Standing Or Sitting?

A glass of water first thing in the morning is a good way to start your day. But do you stand or sit while drinking […]

SilverSneakers Opens Nominations for Annual Member of the Year Awards