Dementia affects 1 in 7 adults over the age of 70 in the US, with Alzheimer’s disease being the most common form of dementia. “In a lot of developing countries, people are living longer. We’re seeing more diabetes, greater weight gain, more smoking and those risk factors, along with aging, are increasing the risk for Alzheimer’s and related dementias,” says James Leverenz, MD, director of Lou Ruvo Center for Brain Health and Alzheimer’s Disease Research Center at Cleveland Clinic. Here are five causes of dementia doctors want you to be aware of. Read on — and to ensure your health and the health of others, do not miss these Sure Signs You’ve Already Had COVID.

Studies show that regular exercise can lower the risk of dementia and Alzheimer’s disease. “This means that even if you are likely by family history – or bad luck – to develop Alzheimer’s disease at some point in your life, you can delay the onset of the disease by staying cognitively and physically active, and you can start at any age. , ” says Andrew E. Budson, MD. “So ramp up your cognitive activities, increase your physical activities, engage in a brain-healthy lifestyle, and take control of your cognitive destiny today!” 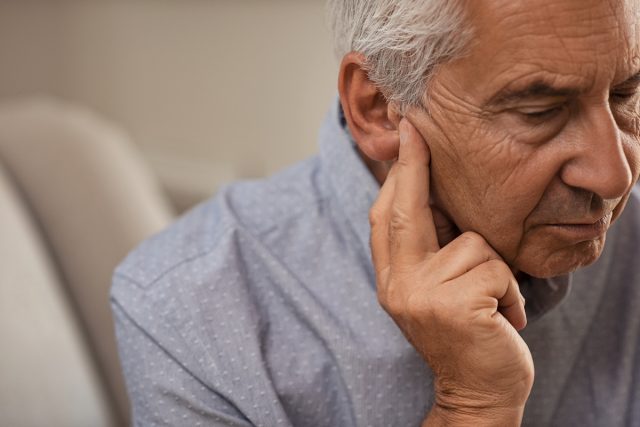 “Hearing loss is estimated to account for 8% of dementia cases. This means that hearing loss may be responsible for 800,000 of the nearly 10 million new cases of dementia diagnosed each year,” says Frank R. Lin, MD. “Hearing loss can make the brain work harder, forcing it to strain to hear and fill in the gaps. That comes at the expense of other thinking and memory systems. Another possibility: Hearing loss causes the aging brain to shrink more quickly. A third The possibility is that hearing loss leads people to be less socially engaged, which is hugely important to remaining intellectually stimulated. If you can’t hear very well, you may not go out as much, so the brain is less engaged and active. “

Limbic-predominant age-related encephalopathy (LATE) is a common form of dementia which occurs when a protein called TDP-43 accumulates in brain cells. “By itself, LATE is estimated to cause about 15% to 20% of all dementias,” says Dr. Budson. “Many people with dementia also have LATE pathology in addition to one or more other pathologies in their brain. For example, an individual may have the plaques and tangles of Alzheimer’s pathology, plus LATE pathology, plus ministrokes (vascular pathology). It turns out that about 40% of people with dementia have at least some LATE pathology in their brain. All of this means that LATE is, indeed, very common. “6254a4d1642c605c54bf1cab17d50f1e

“When a person has an increased risk for Alzheimer’s due to their family history, I recommend specific functional testing that measures Alzheimer’s-associated immune reactivity to identify the early stage of neurodegenerative processes and / or to monitor the effectiveness of lifestyle modifications for Alzheimer’s disease,” “he says Melanie Keller ND. “In my practice, I order a test that includes a person’s genetic (APO-E) status since one of the three forms (APOE-e4) is the first risk gene identified that remains the gene with the strongest impact on Alzheimer’s risk. “

The most significant risk of Alzheimer’s disease is increasing age, with the chance of getting the disease doubling every five years once you are over the age of 65. “It’s important for those over 65 to be aware of the early signs and symptoms of Alzheimer’s and consider a cognitive assessment every 5 years to be proactive, ” says Dr. Keller.

Ferozan Mast is a science, health and wellness writer with a passion for making science and research-backed information accessible to a general audience. Read more

Previous Article Is Flexibility Important for Being Fit? 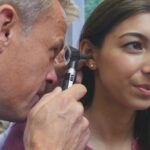 The educational program “Traista cu sănătate”, which was selected as the best in EU in 2021, has reached over 50,000 children from Iasi County

Between 2012 and 2022, the Healthy Traditions Foundation has carried out 10 editions of the “Traista cu sănătate” program. Nestlé Romania, through the Nestlé for […]

Kim Upton is a school nurse at Bennett Middle School in Wicomico County. She’s a member of the Wicomico County Education Association. I started school […]

In August of 2021, Visit Corvallis held a sporting event for people 50 and older. The event was so well received, they’re bringing it back […]

5 Common Womens Health Problems You Should Not Ignore

Aging is a process that comes with a host of added changes – both in diet and lifestyle. Maintaining a proper diet and healthy lifestyle […]