Abortion rights continue to be one of the most heated issues in American politics, super-fueled by last week’s leak of a draft Supreme Court opinion that would overturn 1973’s Roe v. Wade and return the issue to the states to decide.

I’ll leave it to others more qualified than me – women, for example – to weigh in on abortion itself, but I want to talk about how abortion pills are going to force changes to our healthcare system that many may not be ready for.

Although the stereotype of abortions is a procedure done by a physician in an office / clinic, the majority of abortions in the US are now done through the use of abortion pills. It is a two step process, and the two medications must be prescribed by a physician. Until last December, women were required to see a physician in person, but the FDA permanently lifted those requirements, following a temporary waiver during the pandemic. The pills are considered both highly effective and safe. There are startups, like Hey Jane and Just the Pill, that specialize in them.

Not surprisingly, since the leak searches for “abortion pills” have hit all-time highs.

The states that have been passing various abortion bans have not ignored the loophole that abortion pills represent. There are a variety of restrictions that have been enacted, such as requiring in-person visits to outright banning use of telehealth for them. In those states, some women have opted to travel out of state to do the telehealth visit and / or to receive the pills via the mail.

“Medication abortion will be where access to abortion is decided,” Mary Ziegler, a professor at Florida State University College of Law who specializes in reproductive rights, told AP. “That’s going to be the battleground that decides how enforceable abortion bans are.”

The thing is, it’s awfully hard to successfully control with whom someone can do a telehealth visit or what they can receive in the mail. “This is just not going to be stoppable,” Gerald Rosenberg, a law professor emeritus at the University of Chicago law school, told The Washington Post.

Eg, one patient sees a physician in person, another via a screen. Both have the same issue (let’s say it is abortion), and both get the same advice / prescription. The physician is doing exactly the same thing from exactly the same place. How does the presence or absence of a screen change who should be licensing that physician?

It’s even worse when the laws in one state do not follow standard medical practices. Abortion is not a medically inappropriate procedure / prescription despite what a state legislature might try to dictate. If a state wants to try to extradite a physician because he / she violated its abortion laws, while still acting within the bounds of his / her own state’s license, would the latter state have any obligation to go along? Or, if, say, the Texas Medical Board asked the New York Medical Board to discipline a physician for prescribing abortion pills, does anyone think New York would go along?

To complicate things even further, it isn’t just US physicians to consider. People have been receiving prescriptions from overseas sources for years (Viagra, anyone?). While technically illegal, the FDA is not rushing to stop such importation as long as it is for personal use (and the imports are of good quality). Abortion pills are the next frontier.

Aid Access, for example, was founded in 2018 specifically for to serve US women (a sister organization, Women on Web, has been similarly serving women in other countries since 2005). The organization is based in Austria and run by Dutch physician Rebecca Gomperts. It can direct prescriptions to US pharmacies, or, if that is problematic, to overseas ones, such as in India (which has high quality genetics).

“There’s been an overwhelming amount of people that reached out to us,” Dt. Gomperts told CBS News last week. “I think that’s a really good response. So I would say, buckle up, women in the US Just get your abortion pills in your medicine cabinet, so you have it in case you need it. ”

“What I’m doing is legal, under the laws where I work from,” she emphasized to CNN. “I actually have a medical oath to do this. I’m a doctor, my oath is that I help people that are in need, and that is what I am doing. ”

Christie Petrie, a US midwife who works with Aid Access to help fill prescriptions, told Vox:

I don’t see it either.

Abortion pills may be the next frontier, but they are not the last frontier. We live in a connected world. There are licensed, highly competent physicians all over the world. There are supplies of prescriptions drugs, as well as medical supplies and devices, outside the US If states want to restrict medical practice, some people aren’t going to accept those restrictions – and they’ll find physicians who agree. Finding ways to counteract local restrictions on medical practice didn’t start with abortion pills and won’t end with them.

State licensing made sense in a world where care was local, when physicians always saw their patients in person. We no longer live in that world. That world is over, especially when legislators – not physicians – are trying to tell physicians and other healthcare professionals how to practice. It’s archaic, inefficient, and increasingly ineffective.

And just wait until we get AI doctors, who aren’t “located” anywhere in particular.

The walls that states have built around medical practice are falling, and they’re not going to get back up.

Kim is a former emarketing exec at a major Blues plan, editor of the late & lamented Tincture.io, and now regular THCB contributor 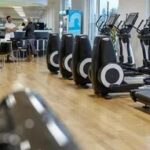 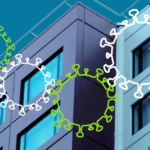 The number of coronavirus deaths globally dropped by about 21% in the past week while cases rose in most parts of the world, according to […]

Aetna drops prior authorization for most cataract surgeries

Aetna will no longer require prior authorization for most patients seeking cataract surgery. The insurer reversed the year-old policy for its 24.5 million members except […]