Why Fitness Trainers Praise Him Explained


ASTRO Cha Eun Woo began his career as an actor in 2014. While making a name in the acting space of the industry, he continued to train under Fantagio before officially debuting as an idol in 2016.

The 25-year-old celebrity has since become one of the most popular South Korean personalities across the globe. Aside from their group’s music productions and releases, he has achieved fame and success, as well, with his acting career.

With his apparent feats in the world of South Korean entertainment, it makes sense why he remains mindful of his health and visuals. This is reportedly why, despite the hectic schedule, he always ensures to make time for his workout routines.

In 2021, fitness trainers Lee Seok Jun and Kim Dae Hyun sat down for AYO to discuss some K-pop idols’ training sessions, as well as their respective build and physique. Cha Eun Woo was one of the stars they mentioned, noting that they both worked with the idol in the past.

Amid the engagement, the two experts repeatedly praised the ASTRO member for his overall visuals. They stated that he has “a small and pretty face,” “a big build,” and is “tall,” adding that he has “masculine beauty.”

The trainers, later on, noted that the K-pop idol looks “even more gorgeous” with his fit body. They consequently concluded that this is likely the reason why “he takes care of his body a lot.”

Kdramastars said that Cha Eun Woo has a very active lifestyle. As noted, he began to have healthy habits because he used to struggle to do heavy physical activities.

Some of the workout routines he reportedly has continued to do these days include dancing, cardio, and circuit training routines. The ASTRO member is also said to have been doing a lot of bodyweight exercises to further improve his overall physique. 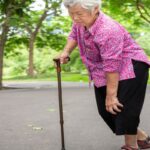 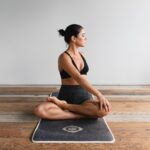 By Audissey Hernandez, April 19, 2022 As Cal Poly Pomona students continue to adjust back to life on campus, they can stretch their way to […]