Podcast host Dame Deborah James has now raised over £ 5million in donations for her fundraising initiative, the Bowelbabe Fund.

The mum-of-two – who was honored with a Damehood earlier this week – launched the Just Giving fundraiser on Monday, alongside revealing to her fans she was receiving end-of-life care following a five-year battle against bowel cancer.

Deborah, 40, originally aimed to raise a total of £ 250,000 but as of Friday night, thanks to her story and courage inspiring a nation, her fundraiser has now reached the £ 5million milestone.

Deborah was initially diagnosed with stage four bowel cancer back in December 2016, at 35 years old. After choosing to share her experiences online, the 40-year-old became known as the ‘Bowel Babe’, and went on to become one of three presenters on BBC Radio 5 Live’s You, Me and the Big C.

On Monday, Deborah told her fans the “time has come to say goodbye” from a hospice she is currently residing in, after five years of battling the terminal illness.

“I’m under hospice at home care, & I’m spending my time surrounded by my family. Please buy me a wine to see me out and raise vital funds,” Deborah wrote within her heartbreaking social media update.

Within 24 hours of the campaigner posting online, her fundraiser hit £ 1million in donations – with the figure steadily rising throughout the week.

Deborah’s bravery and courage has captured the attention of the nation – including Prince William and Kate Middleton who sent the BBC presenter a personal message via social media.

“We are so sad to hear her recent update but pleased to support the @bowelbabef, which will benefit the @royalmarsdenNHS among others,” the official account for the Duke and Duchess of Cambridge tweeted on Wednesday.

“Deborah, our thoughts are with you, your family and your friends. Thank you for giving hope to so many who are living with cancer. W & C.”

On Thursday, it was revealed that Deborah had been honored with a Damehood, after raising a million for cancer in just a matter of days.

Usually, damehoods and knighthoods are announced as part of the New Year Honors or the Queen’s Birthday Honors though, in exceptional circumstances, they may be announced at other points in the year. This was the case with Captain Sir Tom Moore’s knighthood, and now Deborah’s damehood.

Taking to Instagram to express her thoughts on honor, the podcast host penned: “I don’t even know where to start with the overwhelming tears getting in the way. I’m humbled and blown away that 5 years of talking about poo can lead to a Damehood! I feel honored and shocked that I even got considered. ”

She continued to praise the “unwavering” support of her following over the past four days, after launching the Bowel Babe Fund to benefit a number of cancer charities. Dame Deborah said that each day, she can’t “fathom” people’s “kindness and generosity”.

Deborah went on to add her “heartfelt” thanks to the “wonderful people in the world”, while expressing gratitude for the “unconditional” support she received since her diagnosis in 2016. 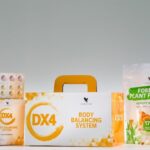 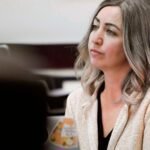