Chet Hanks gave a wild imitation of Heath Ledger’s Joker character during an interview that had nothing to do with The Dark Knight.

During a segment about his fitness app, the controversial rapper took a moment to channel his inner Clown Prince of Crime.

When asked about plans for his fitness app, the rapper responded: “I don’t really have any plans; I’m like the Joker. ”

Hanks then slipped into his best version of Heath Ledger’s infamous role and began twitching and tensing while saying: “I’m like a dog chasing cars; I wouldn’t know what to do with it if I got it. ”

Ziwe looked pretty spooked by the random lines, but that didn’t deter Hanks. He continued: “Oh Batman, you complete me.

“My father was a drinker and a fiend.”

Ziwelike all of us, was literally speechless by the Joker impersonation and the crew was heard cracking up in fits of laughter.

Hanks then jumped into a Denzel Washington impersonation from the film American Gangster while reciting the lines: “They tried to kill my wife.”

The host interrupted him and told him not ‘impersonate black men’.

She added: “Did you ever feel like you’re decimating black people when you do s ** t like that?”

Hanks took a big sip from his water bottle and said: “Not at all.”

“Not at all? You feel like you’re honoring them? ” Ziwe replied.

But this wasn’t the first time Ziwe called out Tom Hanks’ son.

The talk-show host also asked Hanks if he felt the need to apologize to any marginalized communities, especially the patois community, after videos surfaced of him mimicking their accent.

He added: “I don’t think I’ve done anything truly offensive.”

A visibly stunned Ziwe then asked: “You don’t see it as cultural appropriation? Do you see it as a celebration of culture? And like social justice warriors can like go kick rocks. ”

Hanks then added: “I 100 per cent agree. Social justice warriors can kick rocks. ” 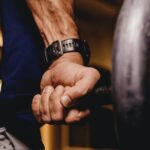 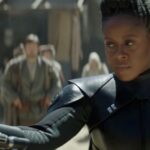 AFC Telford United Brendon Daniels during preseason Training Daniels, the club’s longest-serving player, was invited back to pre-season training by boss Carden at the end […]

Fitness Club To Move Into Former Office Depot In Reisterstown

REISTERSTOWN, MD – A developer wants to put a health club into the Cherryvale shopping center on Reisterstown Road. Project officials had to get a […]

SURF CITY, NC (WWAY) – A 5K race happening in Surf City this weekend is raising money for a good cause while also celebrating Mother’s […]