NASHVILLE, Tenn. – RaDonda Vaught, a former nurse at Vanderbilt University Medical Center, will serve three years of probation for criminally negligent homicide and felony abuse stemming from a medication error that killed a patient in 2017.

The rare criminal prosecution of a healthcare worker has garnered nationwide attention. Nursing advocates say the conviction will result in fewer clinicians coming forward when they make mistakes, for fear of criminal punishment.

Vaught faced up to eight years in prison after a Tennessee jury convicted her of the two felony charges in March. Davidson County District Attorney Glenn Funk (D) charged Vaught with reckless homicide in February 2019, but the jury found her guilty of lesser charges. Tennessee also revoked her nursing license after initially taking no action against her.

“This offense occurred in a medical setting. It was not motivated by any intent to violate the law, “ Smith said. “She has no criminal record. She’s been removed from the healthcare setting. She will never practice nursing again. The situation will never be repeated. “

Vaught apologized to the family of Charlene Murphey, the 75-year-old patient who died when Vaught administered the wrong drug. “She may no longer be here, but she is very much alive in my mind. Every day, she reminds me of the consequences of my actions, “ Vaught lend before Smith announced the sentence.

Before Smith delivered her decision, witnesses representing the victim lend in favor of mercy. “Knowing the way my mom was, she wouldn’t want any jail time. My mom was a very forgiving person, “ said Michael Murphey, Charlene’s son.

Charlene Murphey was admitted to Vanderbilt University Medical Center’s neurological intensive care unit with brain bleeding. Before a PET scan, she was prescribed a sedative for nerves.

While retrieving the medication, Vaught overrode an automated dispensing cabinet without an order from a physician or verification from a pharmacist and mistakenly selected vecuronium, a neuromuscular drug that temporarily paralyzes the patient and requires a ventilator to support the lungs.

Vaught administered the vecuronium without recording it into Murphey’s patient record and left, according to a Centers for Medicare and Medicaid Services investigation. Murphey was found unresponsive without a pulse approximately 30 minutes later. She later suffered a cardiac arrest that left her brain dead. Murphey was removed from a ventilator the next day and died 10 minutes later.

Prosecutors argued Vaught disregarded a system of safeguards put in place to keep patients safe from medical errors and abdicated standards of care by not monitoring Murphey after administering the medicine.

Vaught admitted her errors and reported the mistake as soon as she realized it had occurred, CMS found. At trial, Vaught’s defense attorneys argued her actions did not warrant a homicide conviction and that the hospital bears partial responsibility.

A law enforcement officer disagreed in testimony delivered at the sentencing hearing. “She felt by telling the truth that it will go away and that she should be rewarded for being honest. Honesty is an amazing thing, but it doesn’t take away accountability. I don’t think that she feels she should be accountable. She feels someone else should be held accountable, “Tennessee Bureau of Investigations Special Agent Ramona Smith said.

CMS uncovered major deficiencies in Vanderbilt University Medical Center’s response to the event. The Nashville-based hospital failed to report circumstances surrounding Murphey’s death to the Tennessee Department of Health and the Davidson County medical examiner. The fatality was originally declared as resulting from natural causes.

CMS threatened to suspend reimbursement and made Vanderbilt develop a corrective plan of action and undergo a probationary period. The response included adding several new safeguards to the medical dispensing cabinets and removing vecuronium from them entirely. The medical center also settled out-of-court with Murphey’s family for an undisclosed amount. The hospital did not face criminal charges.

Healthcare workers and patient safety groups rallied around Vaught during the trial, expressing concern that criminalizing mistakes will lead to cover-ups and inhibit progress designing systems that are resistant to human error. Many also fear the decision to prosecute will cause clinicians to leave the workforce entirely.

“Healthcare delivery is highly complex. It is inevitable that mistakes will happen, and systems will fail. It is completely unrealistic to think otherwise,” the American Nurses Association said in a statement after the conviction in March. “The criminalization of medical errors is unnerving, and this verdict sets into motion a dangerous precedent. There are more effective and just mechanisms to examine errors, establish system improvements and take corrective action.”

The American Hospital Association said at the time that the conviction “will have a chilling effect on the culture of safety in healthcare.”

“Criminal prosecutions for unintentional acts are the wrong approach,” Robyn Begley, chief nursing officer of the AHA, said in a press release in March. “They discourage health caregivers from coming forward with their mistakes, and will complicate efforts to retain and recruit more people in nursing and other healthcare professions that are already understaffed and strained by years of caring for patients during the pandemic.”

After the conviction, Funk’s office released a statement attempting to walk back fears of broader criminal prosecution of medical errors by clinicians.

“The jury’s conviction of RaDonda Vaught was not an indictment against the nursing profession or the medical community,” the statement said. “This case was, and always has been about the gross neglected by RaDonda Vaught that caused the death of Charlene Murphey. This was not a ‘singular’ or ‘momentary’ mistake.” 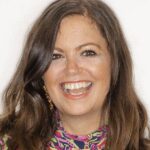 Data center strategies are increasingly essential for health IT

At a time when healthcare is increasingly dependent on digital technologies that enable and inform our providers, clinicians and care delivery systems, the invisible infrastructure […]

A quarter of Medicare patients experienced patient harm during their short-term acute-care hospital stays in 2018, and that rate barely changed from a decade earlier, […]