Liverpool boss Jurgen Klopp has confirmed Fabinho should be fit to face Real Madrid in the Champions League final.

Klopp’s plans for a Parisian showdown with Carlo Ancelotti’s side on May 28 have been disrupted to an injury setback for his Brazilian star.

Fabinho was forced off before the break in Liverpool’s 2-1 midweek Premier League win over Aston Villa with the former AS Monaco missing the FA Cup final as a result.

However, despite the concern over his fitness, Klopp stated his confidence over the 28-year-old being fit to anchor the Reds midfield in the French capital.

Jürgen Klopp expects Fabinho to be fit for the #UCL final. ⤵

“He will definitely be back for the Champions League final”, as per reports from BBC Sport.

“He is OK, he’s a professional. He’s not happy about the injury, that’s clear. But, he’s absolutely OK. ”

Fabinho is not expected to feature in Liverpool’s final two Premier League games of the season, ahead of the final, as they look to chase down Manchester City in the title race.

Klopp’s side wrap up their domestic campaign against Southampton and Wolves before heading to Paris for their fifth Champions League final under Klopp. 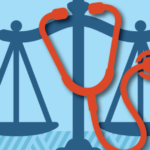 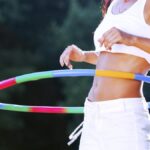 Posted on May 10, 2022 at 2:00 pm by West Side Rag Sponsored Story Falling becomes increasingly dangerous as you age. Do you feel like […]

A fitness coach has joined up with an e-sports organization to help develop a workout for gamers. Obi Vincent, who has close to a million […]