Actress Laila Rouass has opened up about how she and fiancé Ronnie O’Sullivan found their way back to each other after their breakup.

The couple got engaged just a year later but never actually married.

They saddened fans when they announced they would separate after more than a decade together.

Appearing on Loose Women today, the 50-year-old revealed she and Ronnie had already been broken up for eight months when they made the public news in February.

However, over the last few weeks there was plenty of speculation about the couple giving their relationship another go with Laila snapped wearing her engagement ring again.

Get the news you want straight to your inbox. Sign up for a Mirror newsletter here

A friend of the pair told The Mirror at the time: “The love is still there.

“It seems like they are giving things another go. Nothing is ever straightforward when it comes to Ronnie but there’s a lot of love there.”

Laila has now confirmed the happy news on the lunchtime chat show and said they had “found our way back”.

She told the show’s panellists: “Me and Ronnie are back together, we found our way back.

“We just worked it out – back when I announced it, we hadn’t been together for almost eight months at that time.

She added: “Talking is so underrated. If you can sit down and say how you feel and what you want – when you get older that is much easier to say too.”

During the chat, Laila also revealed the snooker ace has been “feeling flat” ever since winning the world championship in Sheffield, South Yorkshire.

She said: “Ronnie, he’s just won the seventh world title and he’s coming back home and he feels flat.

“It’s called arrival fallacy and it was coined by Dr Shahar from Harvard University. Often when good things are happening in your life you feel quite sad and we can learn to be sad better.”

Laila did not however disclose why the couple had gone their separate ways in the first place.

At the time, she took to Twitter to say: “After nearly ten years of love and memories, Ronnie I have parted ways. Peace and love to you all. Laila X (sic). ‘”

She later added in a post on Instagram that breakups don’t have to be “a sad time”.

“It doesn’t have to be hard,” she wrote. “It can be the beginning of new adventures, new learnings. It can be a wonderful teacher.

“Using self-compassion and manifesting a new life without someone you love can still lead you to a place of joy.” 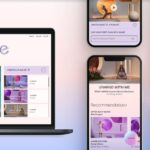 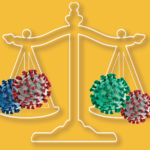