Oscar Health was hit with a proposed class-action from stockholders alleging the insurtech concealed the negative impact the COVID-19 pandemic was having on its business ahead of its $ 7 billion initial public offering.

Shareholder Lorin Carpenter sued the company in the US District Court for the Southern District Court of New York on Thursday, alleging the startup, its executives and the investment banks that underwrote its IPO violated the federal Securities Act. The proposed class could include thousands of shareholders who bought stock during the company’s public debut, the complaint said.

Oscar Health did not respond to an interview request.

“The registration statement was negligently prepared and, as a result, contained untrue statements,” the lawsuit alleged.

Oscar Health went public in March 2021 through a sale of 31 million shares of stock for $ 36 each, generating $ 1.2 billion from the offering. The proceeds were supposed to be spent on general corporate expenses and to pay down debt, according to registration statements filed with the US Securities and Exchange Commission.

The lawsuit alleged these filings failed to include information, or contained false statements, about the growing COVID-19 testing and treatment costs Oscar Health faced and their effect on its finances.

The complaint also alleged the startup omitted that the company was on track to gain an influx of new members during the special enrollment period President Joe Biden opened during the first year of the pandemic, and how these patients would impact the business.

Finally, Carpenter claimed Oscar Health did not mention that federal auditors were in the process of reviewing its Medicare Advantage plans for inappropriate risk-adjustment practices.

The misrepresentation of the company’s business, prospects or operations meant that any positive statements made ahead of Oscar Health’s IPO “lacked a reasonable basis,” the lawsuit alleged, and led to significant shareholder losses.

At the end of September 2021, Oscar Health’s net loss ballooned 168% year-over-year to $ 212.7 million, thanks to an influx of costly new exchange members gained during the special enrollment period, COVID-19 expenses and a $ 20 million fine from federal auditors over improper coding related to its Medicare Advantage members.

The startup’s stock price declined more than 85% from its IPO to $ 5.76 per share, the lawsuit alleged. 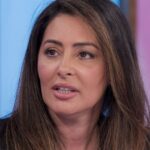 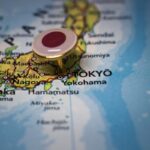 A guide to help you keep up with the omicron subvariants

Two years into the coronavirus pandemic, Americans can be forgiven if they’ve lost track of the latest variants circulating nationally and around the world. We’ve […]

A Medicare Advantage plan denied coverage for a walker a physician ordered for a 76-year-old patient at risk of falling. The insurance company reported denying […]