White Center’s No Judgment Fitness is not your average gym.

“Would you like a donut?” asked owner and trainer Sophia Walker, offering a pyramid of donuts to a couple of her clients and me.

Sometimes there are donuts, but, more importantly, Walker has created a space for people who have not always felt safe or comfortable at a gym.

About six weeks ago, Walker opened No Judgment Fitness and she already has more than 50 clients.

“I wanted somewhere that was going to put trans and gender nonconforming people first and also [prioritize] body positivity, ”said Walker. “I wanted somewhere that had no weight loss challenges, that wasn’t going to do before and after photos of you. And I didn’t want mirrors because when you’re lifting weights, one of the important prompts is to have a double chin. As soon as there are mirrors, people stop doing that, and you can end up hurting your spine. No mirrors I find to be a safety thing. ”

Loren Shea had not been to a gym in years.

“I was talking to my therapist recently and was like, ‘I really want to get back to a place where I can find joyful movement with my body,'” Shea said. “I am in recovery from an eating disorder, I am trans non-binary, I am queer and gyms, historically, have been very unsafe places for me. Talking to me about, like, ‘How much is your weight loss goal?’ And I’m like, ‘I’m not trying to lose weight. I’m just trying to move my body. ‘”

Shea has since done a handful of classes with Walker.

“I think I cried three times during our first session together,” said Shea. “But it was out of gratitude for creating this space where I felt safe. It felt like playing. Sophia’s, like, the best hype human and I just love being able to come here and be myself, have a really good time, and I’m getting super strong and I see the difference, class to class, and it feels amazing. “

Walker’s goal is to make the experience as inclusive as possible.

“It’s as accessible as I can make it,” said Walker. “I do currently have one client in a wheelchair who comes. Lesbian arms is a really accessible class because you’re not using your lower body. ”

Yes, there is a class called Lesbian Arms.

“So, Lesbian Arms is just arm day, it’ll be arms and core,” Walker explains. “It just seems to me that everyone, regardless of gender or sexuality, really likes that cut lesbian arm look. You know what it is! You’re picturing it right now. Those arms are incredible, I want them! ”

“The cis woman experience seems to be one of being extremely sexualized and of an assumption that because they’re in that space, they are available. A bunch of my clients have been filmed, way too many of my clients have been hit on. So, the straight woman experience seems to be really just wanting to come somewhere where they can work out and have it be about themselves rather than have it be for the pleasure of everyone else there. ”

But back to the donuts! No Judgment Fitness’s logo is a pink sprinkle donut with a missing bite.

“Ultimately, my fitness philosophy is the Oscar Wilde quote, ‘Not smoking and not drinking doesn’t make you live longer, it just makes it feel longer.’ I’m not doing this to also not have pizza. I’m doing this so I can have pizza, ”said Walker. “Working out and denial, that makes absolutely no sense.”

Walker wants fitness to be available for all, so she offers a set number of free classes for those who can’t afford it, partially funded by donations. 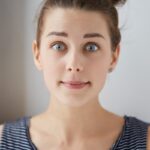 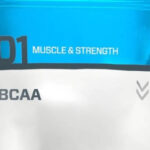 Next Article Why BCAA Supplements Are Overrated

By Audissey Hernandez, April 19, 2022 As Cal Poly Pomona students continue to adjust back to life on campus, they can stretch their way to […]