William “Bill” Koleszar of Seymour traveled to a suburb of Detroit, Michigan, in August 2021 in hopes of qualifying for the 2022 National Senior Games.

The National Senior Games Association event is a 20-sport biennial competition for men and women ages 50 and over and is the largest multisport event in the world for seniors.

Koleszar, 70, chose track and field and ran the 50-, 100- and 200-yard dashes. He knew the qualifying standards, and with electronic timing, he knew after each event if he had qualified.

His times were 7.42, 13.66 and 28.12 seconds, respectively, qualifying him for the National Senior Games in Fort Lauderdale, Florida.

“It doesn’t sound very fast, but when you’re 70, it is,” Koleszar said, smiling.

He also plays in a softball league for seniors and is able to thrive with his speed in that sport, so he had a good feeling about that translating to the track.

“I’ve been playing softball for a long time, and I’m one of the faster guys in my age bracket all the time,” he said. The guy who told me about the (National Senior Games), he’s about my same speed, he says, ‘You need to go down there.’ He’s four years younger than me, but he said the competition is really good. He said he has a blast. ”

Koleszar decided to go for it.

“I thought, ‘You know, what the heck. I’m 70 years old. I’ve worked long enough. I need to take some time off and do some fun things, ‘”he said. “I figured I would be able to qualify just knowing running against guys that are 65 and over or 70 and over, you have a sense that you can at least run very fast. When I practiced for last year, I had my wife time with me, and I was under the cutoff this time. ”

Twice about 10 years ago, Koleszar participated in the Indiana State Games just for fun to see if he could qualify for the national event.

“I used to run track and cross-country in high school and college. I thought, ‘You know, I’ll just give it a shot and just have fun with it,’ ”he said. “One of the guys on my softball team ran in the (National Senior Games) in Texas a couple years go, and he said, ‘You ought to try it. It’s really awesome. A lot of the stuff is like the regular Olympics. It’s really cool. You ought to give it a shot. ‘”

This time around, his softball schedule prevented him from making it to the qualifying event in Indiana, so he went up to Michigan.

The National Senior Games started Tuesday and run through May 23. Koleszar’s first event was Thursday, and others continue today through Monday.

Along with the three sprints, he will be in the 4 × 100 relay. A man from Texas recently contacted Koleszar about joining him and two others for the relay. He will serve as the anchor.

“I said, ‘I might as well,'” he said. “My last two years of college, I was a quarter-miler and I ran the anchor in the quarter.”

The top eight in each event will get to run in the finals.

“My goal is to get in the top eight and then see what happens,” Koleszar said.

This year’s National Senior Games, presented by Humana, is the 18th event.

In 1985 in St. Louis, Missouri, a group of seven men and women formed the original leadership for what was initially known as the National Senior Olympics Organization, according to nsga.com. The vision was to promote healthy lifestyles for adults through education, fitness and sport.

In the fall of that year, they hosted a meeting of individuals who were conducting games for seniors in their 33 states. That group planned the first National Senior Olympic Games, held in 1987 in St. Louis. The games were a great success with 2,500 competitors.

The NSOO was formalized during the games with a board of directors elected, articles of incorporation filed in the state of Missouri and bylaws adopted. More than 100,000 spectators viewed the first games ceremonies featuring Bob Hope at the St. Louis Riverfront Arch.

The NSGA exists today as a nonprofit organization dedicated to motivating active adults to lead a healthy lifestyle through the senior games movement.

NSGA member organizations hold annual games with qualifying competitions in the year preceding the national games. Athletes who meet specific criteria while participating in the state senior games qualify to participate. For most sports, athletes qualify by placing in the top four of their age group.

“I’ve played in a lot of (national) softball tournaments,” he said. “In some of them, I’ve played with guys who were on some teams who were really, really elite softball players, and I never was at their skill level. I had butterflies in my stomach at tournaments because you want to perform as well as they do. I’ve done that kind of stuff for a bunch of years. It becomes no big deal. Will I have a little extra energy? Probably so because I’m a competitor and it’s fun to compete. ”

To prepare, Koleszar has spent the past three months running in his neighborhood or at the nearby track at Trinity Lutheran High School. He borrowed a set of starting blocks to practice on, and he also has watched YouTube videos to learn tips for running.

While he has played softball for about 40 years, Koleszar hasn’t competed in track since he was in college.

The Winamac native went to Francesville High School for two years before it consolidated with archrival Medaryville and became West Central High School. He then went to Manchester University. He competed in track and field and cross-country at both high school and collegiate levels.

He originally went to college to be a math teacher but after a semester switched to a physical education major with a psychology minor in hopes of also becoming a coach.

After graduating, he did some student teaching and realized the job wasn’t for him. He got married and was doing construction work, and when his wife was pregnant with their first child, they wanted to build a house.

In 1979, while meeting with a man at a savings and loan institution, he told Koleszar he was looking to hire someone with a college education to be an appraiser.

“I ended up getting a job and a loan at the same place,” Koleszar said, smiling.

He has been an appraiser ever since. He and his family moved to Seymour in 1986 after he landed a job as a chief appraiser at a bank. After five years, he started his own business, Koleszar Appraisal Services.

Koleszar balances his business with continuing to play softball. He originally played with the Hustlers in Seymour before moving to leagues in Columbus and Greensburg, and he now plays in a league in Indianapolis.

“Some of the guys I play travel ball with played there or are still playing there,” he said.

Over the years, Koleszar has played in softball state and national tournaments, winning several along the way.

“I’ve played in lots of different places in the country, from one coast to the other,” he said.

No surprise, because of his speed, he mainly plays in the outfield.

Koleszar said he plans to continue with sports as long as he can, including trying to qualify again for the National Summer Games.

“As long as health and your mental capacity hold out, I would consider doing it again maybe. But you don’t know. I’ll see how this goes, ”he said.

“As you get older, you’re always looking for something new to do and take advantage of the time you have left here on Earth,” he said. “My wife and I both decided several years ago that we’re going to see as much of the country and do the things that we can while we can. God blessed me with some athletic ability, and it’s my privilege to use it. ” 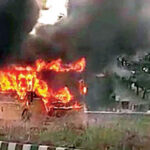 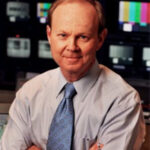 Next Article How About This Opportunity, Health Tech Investors? Promoting Contraception vs. Banning Abortion – The Health Care Blog

Market Insights and Forecast with Impact of COVID-19

ReportLinker Executive Summary The Global Alternative Food Market was valued at USD 10. 7 billion in the year 2021 with North America leading the regional […]

Texting Your Way to Better Health After Heart Attack

By Denise Mann HealthDay Reporter TUESDAY, May 10, 2022 (HealthDay News) “Fill your plate up with colorful fruits and veggies for heart health.” Such customized […]