Chelsea boss Thomas Tuchel has admitted that he is ready to take risks with N’Golo Kante and Mateo Kovacic’s fitness ahead of the FA Cup final against Liverpool on Saturday.

The Blues head into the match after Kante was absent for the Premier League victory against Leeds United earlier in the week, whilst Kovacic was replaced in the first half.

Daniel James’ reckless challenge on Kovacic saw him replaced, with fears over his availability for Saturday’s final.

“I tell you not as a coach or an expert but I think it’s very unlikely we see him (in the FA Cup final),” admitted the German after the Leeds match.

He added: “He’s not good. A lot of pain. The same ankle that was already injured. Very bad news on a very nice evening. We don’t like this. Hopefully I am wrong.”

However, there is new hope in the Chelsea camp, with Tuchel admitting that he could have both Kovacic and Kante back for the match as he is prepared to take a risk on the pair.

When asked about Kante, he said: “He is also trying. He tried yesterday in team training and trained more or less everything. Hopefully without a reaction. Was a reduced training session because of quite a long travel and fatigue of traveling. Was not a high intensity training session. We will try today with him. He is keen to make it. Hopefully he makes it to 100% training so we can plan with him tomorrow, it would be good for us. ”

He confirmed that Kovacic could feature before admitting it is time to take a risk for Chelsea.

“It’s pretty surprising to be in a situation where we can try it but Matthew wants to try it. The medical department gave the green light to try it,” he said. 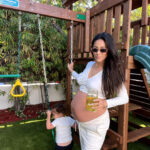 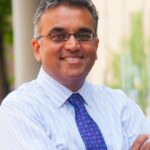 Next Article Dr. Ashish Jha: US ‘vulnerable’ to COVID without new shots