The largest bell at Washington National Cathedral in the nation’s capital tolled 1,000 times a week ago, once for every 1,000 deaths. President Joe Biden on Thursday ordered flags lowered to half-staff and called each life “an irreplaceable loss.”

“As a nation, we must not grow numb to such sorrow,” he said in a statement. “To heal, we must remember.”

More than half of the deaths occurred since vaccines became available in December of 2020. Two-thirds of Americans are fully vaccinated, and nearly half of them have had at least one booster dose. But demand for the vaccine has plummeted, and the campaign to put shots in arms has been plagued by misinformation, distrust and political polarization.

Unvaccinated people have a 10 times greater risk of dying of COVID-19 than the fully vaccinated, according to the CDC.

“To me, that’s what is just so particularly heartbreaking,” Nuzzo said. Vaccines are safe and greatly reduce the likelihood of severe illness, she said. They “largely take the possibility of death off the table.”

Angelina Proia, 36, of New York, lost her father to COVID-19 in April 2020. She runs a support group for grieving families on Facebook and has seen it divided over vaccinations. She has booted people from the group for spreading misinformation.

Sara Atkins, 42, of Wynnewood, Pennsylvania, channels her grief into fighting for global vaccination and better access to healthcare to honor her father, Andy Rotman-Zaid, who died of COVID-19 in December 2020.

“My father gave me marching orders to end it and make sure it doesn’t happen again,” Atkins said of the pandemic. “He told me, ‘Politicize the hell out of my death if I die of this.'”

Julie Wallace and her husband, Lewis Dunlap, had cellphone numbers one digit apart. She continues to pay to keep her number. She calls it just to hear his voice.

“It’s just so important to hear that sometimes,” she said. “It gives you a little bit of reassurance while also tearing your heart out.”

Some have offered solace in poetry. In Philadelphia, poet and social worker Trapeta Mayson, created a 24-hour poetry hotline called Healing Verse. Traffic to the Academy of American Poets’ poets.org website rose during the pandemic.

Brian Sonia-Wallace, poet laureate of West Hollywood, California, has traveled the country writing poems for hire. He imagines a memorial of a million poems, written by people who do not normally write poetry. They would talk to those who are grieving and listen for points of connection.

“What we need as a nation is empathy,” said Tanya Alves, 35, of Weston, Florida, who lost her 24-year-old sister to COVID-19 in October. “Over two years into the pandemic, with all the cases and lives lost, we should be more compassionate and respectful when talking about COVID. Thousands of families changed forever. This virus is not just a cold.” 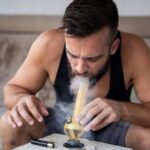 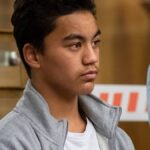 Leading healthcare organizations want to federal government to maintain its pandemic posture for at least a few more months, they wrote in a letter delivered […]

A COVID-19 vaccination mandate for 12 and older students in the Los Angeles Unified School District has been postponed from this fall to next year. […]