Virginia is the latest state to earn approval for a reinsurance program, which will reimburse certain insurers for high-cost claims.

With the decision on Virginia by federal regulators Wednesday, 16 states have been approved for reinsurance programs.

Virginia expects the program to decrease premiums by an average of 15.6% across the state in 2023. Individual market enrollment is projected to be 2.9% higher next year as well.

The state’s reinsurance program will reimburse individual market insurers for claims of between $ 40,000 and $ 155,000, with a 70% coinsurance rate.

Since the federal government will pay fewer dollars towards premium tax credits for Virginia enrollees next year, the state will receive the difference to help fund the reinsurance program. The program is not allowed to increase the federal deficit, so Virginia’s funding could be reduced in the future to maintain budget neutrality.

In the absence of a national program, states may apply to federal officials for reinsurance programs through so-called 1332 waivers.

There’s less momentum for reinsurance in the individual market these days, said Justin Giovannelli, an associate research professor and project director at the Center on Health Insurance Reforms at Georgetown University. The individual insurance markets are more stable than they were a couple years ago, and enhanced premium assistance temporarily made possible through the American Rescue Plan has also directly lowered premiums.

“If you’re in that state, reinsurance certainly might have a place,” he said.

Virginia’s waiver runs through 2027 and can be extended. 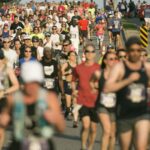 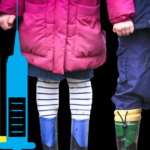 The Biden administration is considering a requirement that the nation’s 15,500 nursing homes spend most of their payments from Medicaid on direct care for residents […]