Bettendorf and YMCA leaders are talking about the possibility the Y could take over the Life Fitness Center in exchange for money for a new city swimming pool.

City Administrator Decker Ploehn said Thursday the parties were “in conversations” about the Y acquiring the city-owned recreation center at 2222 Middle Road. However, members of the Friends of the Bettendorf Parks Foundation said they have been told, “It’s a done deal.”

In exchange for the Life Fitness Center, the Y would give the city a yet-to-be-determined amount of money to go towards a new water park to replace Splash Landing, Ploehn said.

The spokesman for the YMCA did not respond Thursday to requests for comment.

The city expects to hire a firm within about a month to design the water park, he said. While it currently exists only as a concept, early cost estimates place it at $ 18 million.

“We have substantial monies to put into a pool, but it’s nowhere near the estimate,” Ploehn said. “We have $ 6 million in ARPA (American Rescue Plan Act) funds unallocated, and there could be other money from other sources. There could also be grant sources.”

The city also has set aside about $ 3 million for the pool project. With the ARPA money and that which is already budgeted, the estimated shortfall would be about $ 9 million, but Ploehn said he is not yet prepared to say how much the YMCA would be willing to contribute.

He said the Life Fitness Center was currently valued at $ 1.4 million.

In addition to taking exception to the estimated value of the property, longtime Friends of Bettendorf Parks Foundation Chairman Matt Mooney said he and others in the group are frustrated by the lack of transparency by city officials in making plans for the facilities.

“If it’s such a great deal, why isn’t the City Council shouting about it?” Mooney asked Thursday. “If it’s so great, why not shout it from the rooftops?”

He also has concerns about how children would be affected by the loss of the Life Fitness Center.

“The new pool will belong to Bettendorf, but the Y will be running it. They want to move their tumbling and gymnastics programs to the Life Fitness Center.

“We were told our kids could go to the downtown community center, which has now been closed and vacant for two years.”

Ploehn said members of the City Council had been clear they did not wish to continue to pay for the operating losses at Life Fitness Center, which are projected to exceed $ 300,000 this year. He said an increasing number of “boutique fitness centers” and YMCA locations are making it increasingly difficult to keep the city-owned center.

He also acknowledged that a seasonal swimming pool will not be a money maker. Splash Landing Aquatic Center is losing about $ 175,000 annually, Ploehn said. Asked whether debt service on an estimated $ 18 million facility would add to the burden, he said the city plans to come up with enough cash to pay for it outright.

“But parks don’t make money. They serve a purpose. We’ve heard about how the Life Fitness Center shouldn’t compete with private business, but the city puts millions into the golf course.”

For longtime member of the Friends of Bettendorf Parks Foundation board and retired Parks Department employee Becky Alberson, the loss of the Life Fitness Center would mean the loss of valuable space.

It is used to store countless recreational supplies and as a bad-weather shelter for kids in summer programs, among other things, she said.

“Our goal was to improve the quality of life for the citizens of Bettendorf,” Alberson said. “If we’re a premiere city, we should have premiere programming. It’s almost like they’re trying to get rid of the recreation department.”

To Tim Conrad, treasurer for Friends of Bettendorf Parks Foundation, the city should explain how the Life Fitness Center is more of a liability than any other city amenity.

“They said they don’t want to be in the fitness business, but they do the museum, the library, the golf course; none of those things make money either,” he said. “None of our amenities are money makers.

“The Fit (fitness center) fills a lot of roles people aren’t aware of.”

Before striking an agreement with the YMCA, members of the Friends Foundation said, the city should find a way to retain access to at least some portions of the building, including the only remaining indoor tennis courts in the Iowa Quad-Cities.

“One of the biggest things we do is raise money for families who don’t quite have enough for some programs,” Alberson said. “With a new pool, the cost to get in is sure to go up. And the pool is something that’s only available a few months out of the year.”

The city and the Y have not officially opened negotiations, Ploehn said, but the design for the new water park should be completed by fall. The city spent a considerable sum of money on a recreation study several years ago, and the possible transfer of the Life Fitness Center is one result.

“We’re working with the Y, and we may have a solution,” he said. 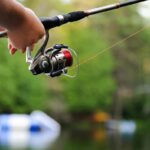 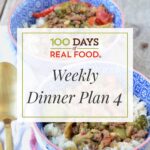 These gadgets are popular with avid exercisers, but they may also encourage sedentary people to become more active. About one in five people has a […]

Mother of All Fitness- The New Indian Express

When Sucheta Pal wanted to know how to move her post-baby body in the right, safe and confident way, she did not find many answers. […]