Every October, I receive dozens of messages commemorating the victims of the Tree of Life massacre in Pittsburgh, where 11 of my neighbors were murdered while they worshiped at the synagogue across the street from my home.

It is a synagogue where my kids went to Hebrew school, and where my wife and I were married — the spiritual lodestar to Pittsburgh’s Jewish community.

I’m a part of that community. I’m also the former president of Allegheny General Hospital, where the killer was treated after his arrest.

That’s why I receive the notes each year. The messages of resilience and empathy — from every color and creed — demonstrate the endurance of the human spirit.

That these memories are delivered via the miracle of digital communication is an irony that’s not lost on me. By all accounts, the anger that drove Robert Bowers to kill those congregants in 2018 was fueled by that same online infrastructure, born in the underbelly of social media platforms where vitriol is rewarded via algorithms and violent fantasies are broadcast to the world.

Sadly, we are again confronting this same type of heartbreaking violence. The details are different — Black Americans in Buffalo, New York, and schoolchildren in Uvalde, Texas — but the effect is similar: A community has been assaulted by a disaffected young man whose sense of reality has been warped, and whose online footprints foreshadowed the killings.

Increasingly, real-world social vacuums have been filled with digital connectivity. For many, that means more time in Zoom meetings. But for some, the isolation has meant finding a common cause in darkened corners of the internet. The Buffalo supremacist was radicalized online; the Texas shooter announced his plans ahead of time in direct online messages, and posted ominous photos of rifles on Instagram.

With so many of these killings, the common thread is often mental illness exacerbated by irrational grievance and fear of the “other.” These symptoms have always been around, cultivated by our darker national impulses, but they metastasize far more quickly in this digital era.

Such crimes are a manifestation of hate, mental illness and gun access. But they are also, in my opinion, the worst possible symptom of our increasingly digital lives.

We are seeing those symptoms earlier and earlier. Last fall the American Academy of Child and Adolescent Psychiatry and two other organizations issued an emergency declaration: Emergency visits due to behavioral health crises in kids ages surged between 2019 and 2020, across all age groups.

It’s an alarming trend, partly attributable to how our kids consume social media.

As for adults, it’s been clear for more than a decade that social media and internet addiction can be detrimental to our physical and mental health. Beyond the internet’s direct impact on behavioral health, digital forums have undermined the health profession itself. Misinformation, conspiracy theorists, and quacks with online audiences have all colluded to erode the collective trust that is foundational to our system of care.

What seems to be holding out — at least for now — is the cornerstone of our profession, the sacred trust between patient and clinician. But these days, even that trust is being tested. Patients search online for cures that fit their political ideology, not their symptoms. Over the last two years plus, every emergency department in America has seen patients who deny the existence, or severity, of the very thing that put them in the hospital, COVID-19.

Obviously, it’s not all darkness. The digital revolution has resulted in significant innovations for our industry — telehealth and video visits were literal lifesavers during the pandemic, for example. Yet these tragedies remind us of how much we still have to learn about these powerful mediums and the challenges they pose for health professionals and those we care for.

So what should we do about it? In our role as healthcare providers, the best thing we can do is stick to the scientific process, embrace uncomfortable answers, and be honest with ourselves, our colleagues and our patients. When we admit what we do not know and dive into the research, we maintain our independence and credibility.

That’s the long game. In our personal lives, though, we can act more immediately: Be kind to one another. Lead your organizations with empathy. As Fred Rogers, one of Pittsburgh’s most famous sons (and a pioneer in children’s behavioral health) might have suggested, be a good neighbor.

In working to rebuild the Tree of Life as a center for dialogue, our multi-ethnic and interfaith coalition of Pittsburgh neighbors often revisited the words of Genesis 1: 1— “God said, ‘Let there be light; and there was light. saw that the light was good, and God separated the light from the darkness. ‘ ”

When it comes to digital communications, we may not be able to fully separate the light and the darkness. But we need to acknowledge that both exist, and seek a deeper understanding of how they impact our health — because our patients, our profession and our society are trusting us to do so. 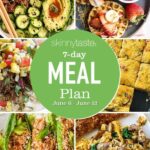 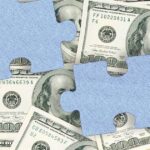 Health Tech By JESSICA DaMASSA, WTF HEALTH Big news coming out of Vida Health today as the chronic condition care startup announces that it will […]