Fitness: Kickstart your workout with a cup of joe

Postmedia may earn an affiliate commission from purchases made through our links on this page.

Canadians love their coffee. Most often a morning habit, a jolt of caffeine helps shake off the early blahs. But there’s more to caffeine than its ability to kickstart your day.

It can also boost to your exercise routine, enhancing the performance of elite and recreational athletes, including the average exerciser looking to get the most from their workout.

Confirmed by the International Olympic Committee as one of the few supplements that improves performance, caffeine has long been popular among the world’s best athletes. Urine samples collected from athletes in several sports organizations revealed that 76 per cent use products containing caffeine before and / or during a competition. Widely studied in labs and during real-world competition, the results are impressive. Endurance athletes like cyclists, runners, cross-country skiers and swimmers see a two-to-four-per-cent caffeine-related improvement in performance, with similar results realized among strength and power athletes (sprinters, jumpers, throwers and weightlifters).

Quickly absorbed into the bloodstream, caffeine enters the central and peripheral nervous system, where it delays fatigue, improves muscle contraction and heightens mental acuity. Caffeine allows athletes to work at a higher intensity for longer. It also improves mental quickness, which is crucial during high-tempo games where the decision to pass, shoot or tackle can mean the difference between winning and losing. Its effects are felt in athletes of all ages and abilities, which means masters athletes and Olympians can share the same boost in performance, be it in the gym, field, pool, on the road or on the rink.

Anywhere from 3-6 mg per kilogram of body weight produces the best results. A lower dose still enhances performance, though to a lesser extent. To get a better feel for how much coffee will put more pep into your workout, the average cup of joe contains about 100 mg of caffeine, though it can vary based on the type of bean, how it’s prepared and the size of the cup.

There are other ways to consume caffeine, including energy drinks and bars, powder (the most commonly used source of caffeine in lab-based studies), pills, gum, gummies and gel, spray and mouthwash, all of which enter the bloodstream at different. rates taking anywhere from 30-120 minutes to reach their full potential.

A larger dose of caffeine does not mean better results. Overdoing it can do more harm than good, especially if you experience anxiety prior to competition or in your daily life. Caffeine can disrupt sleep, which can have a negative effect on performance and anxiety.

Also worth noting is that not everyone realizes the same performance benefits from caffeine, a result that has been widely documented in almost every study. Experts aren’t sure why some exercisers and athletes benefit more or less from a hit of caffeine, but genetics and environmental factors, not habitual use, appear to affect how we absorb and metabolize caffeine.

Given all we know about caffeine and athletic performance, there’s a little downside to experimenting by combining the two.

Put your love of coffee to good use. An iced coffee an hour or so before a summer run or bike ride, an extra cuppa before your early-morning swim or an energy drink on ice by the court or field may give you that extra burst of effort when you need it most.

Start by consuming two cups of coffee 60 minutes before a workout and see how your body reacts, remembering not to try anything new right before a game or competition. Significant differences in the amount of caffeine have been found in coffee beverages sold at the same retailer, so don’t treat every cup of coffee as the same when it comes to gauging how much caffeine you’re consuming.

Time and adjust the dose of caffeine to suit your sensitivity and workout / competition schedule. And don’t be afraid to test various sources of caffeine, especially if you’re worried that the effects of coffee (running to the bathroom) will ruin your workout or competition.

Chewing gum and nasal and throat sprays enter the bloodstream quickly, which provides a great option for endurance athletes who might benefit from a boost of caffeine in the later stages of their workout or competition.

While lower doses of caffeine have a lesser effect on physical performance, it still has a cognitive effect, improving mood and alertness, which in itself can improve your workout or the ability to compete.

Kids, youth and teens shouldn’t consume caffeine before games or a workout. Energy drinks in particular have been overused by teens, leading to health problems, so proceed with caution when it comes to promoting performance-based supplements designed for adults.

Sign up to receive daily headline news from the Montreal Gazette, a division of Postmedia Network Inc.

Thanks for signing up!

A welcome email is on its way. If you do not see it, please check your junk folder.

The next issue of Montreal Gazette Headline News will soon be in your inbox.

We encountered an issue signing you up. Please try again 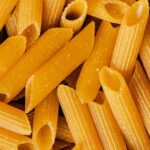 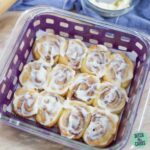 It’s a perennial question on all gym newbies’ minds: how much of this physical torture do I have to endure before I notice a change […]