California wants to slash insulin prices by becoming a drugmaker. Can it succeed?


“Insulin has long epitomized the market failures that plague the pharmaceutical industry, which have resulted in keeping insulin prices high,” Vishaal Pegany, assistant secretary of the Health and Human Services Agency, told lawmakers in May. He argued that high prices “have directly harmed Californians.”

Newsom said in early May that disrupting monopolistic drug prices requires state intervention and that California could pull it off because the state – with 40 million residents – “has market power.”

But the nonpartisan Legislative Analyst’s Office questioned whether California could produce its own drugs and achieve lower insulin prices. Luke Koushmaro, a senior fiscal and policy analyst with the office, warned at a legislative hearing in May that the effort could be hampered by “considerable uncertainties” – a sentiment echoed by some Democratic lawmakers.

The Newsom administration thinks state-made insulin could cut some insurers’ spending on the drug as much as 70% – savings it hopes would trickle down to consumers. But “there is no guarantee” that the administration’s predictions of dramatic savings or wide distribution of insulin will materialize, state Assembly member Blanca Rubio (D-Baldwin Park) said at the hearing. “Who is going to write the prescriptions for this magic insulin?” she asked. “Hope is not a strategy. I’m not hearing any strategies as to how this is going to become available. ”

“Insulin manufacturers lit the fuse on skyrocketing prices by matching each other’s price increases step by step rather than competing to lower them, while PBMs, acting as middlemen for insurers, fanned the flames to take a bigger cut of the secret rebates and hidden fees they negotiate, ”US Sen. Ron Wyden (D-Ore.) Said when the report was released.

Contacted by KHN for comment, the trade associations that represent brand-name drugmakers, pharmacy benefit managers, and California health insurers blamed one another for the increase in prices.

Under Newsom’s plan, generic forms of insulin – known as “biosimilars” because they are made with living cells and mimic brand-name drugs on the market – would be widely available to insured and uninsured Californians.

If Newsom’s $ 100 million initiative is approved by lawmakers this summer, the state would use that money to contract with an established drugmaker to begin supplying CalRx insulin while the state constructs its own manufacturing facility, also in partnership with a drugmaker.

The administration is currently negotiating with drug companies that can produce a reliable supply of insulin under a no-bid contract, but no partnership has been formalized. The insulin would be branded with images associated with the state, such as the “California Golden Bear.” And, Pegany said, the packaging could boast that the lower-priced insulin was brought to patients by state government.

“There’s a short list of people who would even compete for this,” Ghaly told KHN in May. “We’re going to put together a competition and get a partner we think is going to deliver not just the soonest, but something that we think is sustainable.” 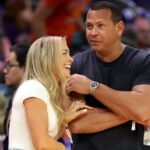 What should you do when you want to conduct a cost-effectiveness analysis based on efficacy estimates from clinical trials but the trial has missing data. […]

Dr. Ashish Jha: US ‘vulnerable’ to COVID without new shots

White House COVID-19 coordinator Dr. Ashish Jha issued a dire warning Thursday that the US will be increasingly vulnerable to the coronavirus this fall and […]

WHO: 2nd COVID booster for most vulnerable offers benefits