Steph Houghton has said she has “hit every target so far” in proving her fitness for the England manager, Sarina Wiegman, and is confident she can get back to her best before the Euros.

“I back myself, I back my fitness, I back the work I’ve done that nobody’s seen, and I’m improving every single day,” said the 34-year-old. “I’m enjoying being back out on the pitch. I’m confident I can get back to my best. ”

The former Lionesses’ captain is training with the squad under Wiegman for only the second time after she sustained an achilles injury in September. The Manchester City center-back made a return to action in January but played a handful of games before aggravating the injury.

“Even though I played only five games I think I played well,” she said. “My fitness has never been an issue, in terms of a physical point of view, it’s just more about my actual injury. It’s not necessarily about the number of games that I’ve played, it’s about the experiences that I’ve had.

“I’ve watched a lot of football, I’ve watched all the girls’ games, I’ve watched all the England games, so I’ve learned from the side. Now, I’m just trying to put things into practice. I feel as though in my head I’m there or thereabouts, it’s just allowing my body to do what it needs to do and that’s to continue working hard over the next few weeks. ”

The battle to be back on the pitch with the national team has been tough, she said. “With the setbacks that I’ve had and a bit of a disappointing season from a personal perspective I don’t need people to tell me that [it’s been disappointing]. My focus was always on trying to get back in the squad. I’m still not there yet but I’ve been given a chance to do that and prove my fitness. ”

Houghton completed another full training session at St George’s Park and says the gap between her and the rest of the squad is not a big one. “I feel as if I’m holding my own in training. There’s a lot of players being managed in terms of a physical load because we don’t want to peak too early. It’s just about following the medical advice and building up my sessions slowly. I haven’t missed a session yet, which is a good thing. It’s about sticking to the plan, taking it day by day and step by step. When you’ve been out for such a long time it’s about being back on the pitch and having the ball back at my feet. ”

Wiegman will join the squad next week before the team’s pre-tournament friendly against Belgium at Molineux on 16 June after suffering a family bereavement. “We want to send our love to her and her family,” said Houghton. “It’s tough, and family always comes before football.”

The manager’s absence has meant the announcement of the 23-player squad for the home Euros has been pushed into next week, giving Houghton and the rest of the 28-strong provisional list extra sessions to prove themselves. “It’s important I don’t get too ahead of myself,” said Houghton. “With the squad announcement being pushed back, it gives me more chances and more training sessions to impress.” 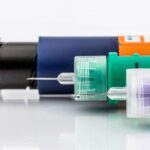 Previous Article California wants to slash insulin prices by becoming a drugmaker. Can it succeed? 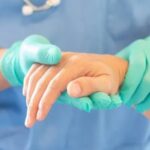 Bhagyashree On Maintaining Her Fitness After C-Section Delivery, Shares Her Transformation Journey

When a woman gets pregnant, her body goes through many changes. Even after delivering a baby, it becomes challenging for a new mommy to transform […]

These gadgets are popular with avid exercisers, but they may also encourage sedentary people to become more active. About one in five people has a […]

It is not every day that we see something wholesome and heartwarming posted by gamers on social media. Twitter is a place where fans share […]