A waiver that allowed nursing homes flexibility over hiring temporary nurse aides during the COVID-19 pandemic came to an end Tuesday, leaving providers scrambling to bring workers into compliance.

“We believe it is time to restore the minimum protections for residents’ health and safety,” Evan Shulman, director of CMS’s division of nursing homes, said during a call with stakeholders at the time.

Nursing home staffing has been relatively unchanged for months and remains far below pre-pandemic levels.

SavaSeniorCare expected to the waiver end soon because the company observed COVID-19 rates falling. “We’ve been preparing for this,” she said.

To that end, the provider has stopped taking on new temporary nurse aides in every state where it operates except Texas. Training and testing guidelines differ by state and, in Texas, temporary nurse aides can count hours worked in a nursing home toward the classroom and clinical hours needed to become a CNA. But testing slots are limited and getting workers certified is a challenge, Impink said.

CMS offered extensions to nursing facilities that document they have made multiple attempts to enroll TNAs in training and testing programs but were stymied by insufficient capacity.

LeadingAge, which represents not-for-profit aging services providers, has asked CMS for clarity on what kinds of documentation are required to receive extensions, spokeswoman Lisa Sanders said. The message so far is to “just keep trying,” she said. “It’s very much in flux.”

CMS will consider each request for extensions individually and will accept them until the public health emergency ends, an agency spokesperson wrote in an email.

The federal government has no plan to help nursing homes struggling with workforce issues, Sanders said. Actions such as eliminating the TNA waiver make a bad situation worse, she said.

“Why would you end something that is at least a partial solution?” Sanders said. “That’s a regulatory decision that seems a little divorced from the reality of what’s happening on the ground.”

“We have seen [a] widespread, across-the-nation benefit of the temporary nurse aides, “Harmon said.” We cannot lose crucial supports and flexibility that will limit access to care for residents. Facilities may be forced to limit the number of residents they can serve. “

The AHCA / NCAL and LeadingAge support a bipartisan House bill, known as Building America’s Health Care Workforce Act, which would extend the waiver for two years after the COVID-19 public health emergency is over and would allow on-the-job hours to count. toward training requirements.

Long-term care provider Genesis Healthcare has temporary nurse aides, under the supervision of a nurse, perform tasks that do not require a license, such as bringing water to residents, grooming or dressing residents and providing companionship, the Kennett Square, Pennsylvania- based company said in a statement. Genesis Healthcare said there is a months-long testing delay in some states and called the process a “challenge.”

“We will no longer be able to bring in new TNAs unless and until the law is passed or CMS reverses course. This could mean fewer available workers and a reduced pipeline of future CNAs,” Genesis Healthcare said. “In select markets, we have had to pause admissions, which causes a backlog of patients at local hospitals. Unfortunately, it is not for a lack of beds but for a lack of staff.” 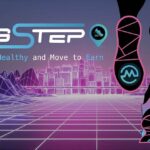 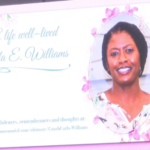