Three whistleblowers, including two doctors who worked at Steward Health Care System hospitals in Massachusetts, filed the lawsuit in 2018. The plaintiffs alleged the Dallas-based for-profit health system paid clinicians for work they did not perform and offered other inducements in exchange for patient referrals. The multi-state, physician-owned company denies any unlawful actions.

The settlement requires Steward Health Care System to pay $ 4.7 million to the federal government and Massachusetts, $ 750,000 of which will go to the plaintiffs. The company will also enter into a corporate integrity agreement with the Health and Human Services Department’s Office of Inspector General. In addition, Steward Health Care System disclosed agreements with other parties that may have violated anti-kickback or Stark laws.

“Every settlement or verdict involving a major healthcare system such as Steward sends a cautionary message to the entire healthcare industry,” Gary Azorsky, a plaintiffs’ attorney with Cohen Milstein Sellers & Toll, wrote in an email. “Here, the clear message is that a healthcare provider’s treatment decisions must not be tainted by kickbacks or self-referrals.”

While denying it broke the law, Steward Health Care System agreed to acknowledge some of the actions the plaintiffs cited. According to the settlement, the company charged some physicians and others under-market rent and compensated providers for services that may not have been performed.

“The company cooperated fully with the government investigation, in fact self-reporting two of the three issues raised, and through actions like self reporting, demonstrated a commitment to the highest standards of compliance and corporate integrity,” a Steward Health Care spokesperson wrote in an email.

The government intervenes in less than a quarter of whistleblower lawsuits, according to the Justice Department. 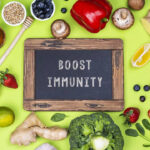 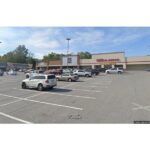 What is a “patient-centered core impact set”? – Healthcare Economist

The American Medical Association pledged to fight legislation that expands mid-level providers’ autonomy. Under a new policy proposal adopted Tuesday by the AMA House of […]