PHNOM PENH – In the first 22 weeks of this year, dengue fever cases had increased by over 100 per cent compared to the same period last year, with over 1,300 cases recorded along with three deaths.

The Ministry of Health said in a January-May report released on June 10 that dengue cases totalled 1,354 in the period.

Based on their entomology surveillance and weather factors including increasing rain earlier this year, the ministry concluded that cases will increase this rainy season in some provinces – especially those which have more construction sites and are highly populated.

Health minister Mam Bun Heng called on the public and local authorities to jointly prevent mosquitoes from breeding with the slogan “My family are role models because my home has no mosquito larvae”.

He also urged all people to engage in a healthy lifestyle by cleaning their houses, letting sunlight in and washing and storing their clothing in an orderly manner. The most important thing is to drain sources of standing water such as rubber tires or jugs where the mosquitoes can breed.

The minister warned that dengue fever can be fatal if patients do not get treatment at a professional hospital in a timely manner. If they instead get treated by an unprofessional private health service, it may lead to fatalities. It is also dangerous if patients take aspirin to treat the disease.

Research by the National Center for Parasitology, Entomology and Malaria Control showed that Aedes aegypti (Linnaeus) – commonly known as yellow fever mosquitoes, which cause dengue – like living and breeding in the water in old tires up to 11 times more than in other objects . Dengue fever cases double in the rainy season over the dry season and it is also linked to weather factors such as heat, rain and moisture.

The ministry said it is fully prepared for the prevention of dengue fever, including having up to 70,000 serums ready along with 9,000 liters of disinfectant, and about 400 tonnes of the anti-dengue larvicide Abate. 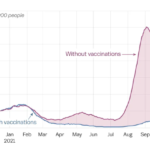 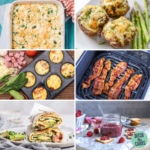 Overview The City of Worcester is the heart of Central Massachusetts and the Commonwealth, and a wonderful place to work. Home to more than 200,000 […]

Who knew staying fit can take as little as 15 minutes a day? In a new video shared by HYBE EDU on Monday (May 9), […]

Jane Fonda has been passionate about health and fitness for a long time. And whether you were an original fan of her 1980s workout videos, […]