The proposed rule calls for a 4.2% overall reimbursement decrease, which is primarily due to a negative pay adjustments to account for increased expenditures CMS contends resulted from a recently implemented payment system.

The Patient-Driven Groupings Model is not allowed to cause higher Medicare spending, so CMS reduced home health agency pay by 4.36% starting in 2020 to account for how it anticipated home health agencies would respond to the model.

Starting next year, CMS proposes a 7.69% cut to maintain budget neutrality. The $ 1.33 billion cut would be partially mitigated by a 2.9% increase in home health rates, according to CMS.

CMS also proposes a method to calculate what Medicare would have spent were the Patient-Driven Groupings Model not in place. The agency also must retroactively adjust previous spending increases and requests comment on how to devise a solution. CMS did not propose temporary adjustments in Friday’s draft regulation, but estimates those cuts would be a $ 2 billion cumulative for 2020 and 2021.
“The actions CMS is taking in this proposed rule would help improve patient care and also protect the Medicare program’s sustainability for future generations by serving as a responsible steward of public funds,” the agency wrote in a fact sheet.

The agency solicited comments on its initial analysis last year without making a proposal. At the time, home health agencies argued CMS did not conform to Medicare law and claimed the Patient-Driven Groupings Model actually underpaid providers for three years.

“The stability of home healthcare is at risk as a consequence of CMS proposing the application [of] a fatally flawed methodology for assessing whether the PDGM payment model led to budget-neutral spending in 2020, “National Association for Home Care and Hospice President Bill Dombi said in a statement.” We will be taking all steps to protect the home health benefit as this proposed rule advances and have fully prepared for congressional action and more. “ 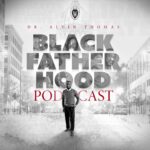 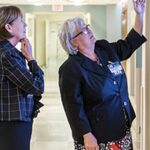 Next Article Wanted: More nurses in the C-suite

In the past months, many hospitals and other health care providers have noted the steep rise in the cost of hiring nurses. Many providers saw […]