Andy Murray is optimistic he will be fit for Wimbledon as the two-time champion races against time to overcome an abdominal injury.

The 35-year-old British veteran has been a long-time home-crowd favorite at the London grand slam and reached the third round last year.

Injuries have marred Murray’s recent seasons, and he has defied most expectations by remaining on tour, recently climbing back into the world’s top 50 for the first time in four years.

The Scot slipped back to the 51st this week after missing the Queen’s Club Championships due to his injury setback.

He said: “The injury is healing but still not perfect. My goal is to get to the start line in a good place physically and give myself the best chance to do well.”

Recently reunited with coach Ivan Lendl, who guided him to Wimbledon glory in 2013 and 2016, plus the US Open title in 2012, Murray believes he can recover full fitness in time for the championships, which start next Monday.

“I’ve been practicing for the past three or four days and have been practicing well,” he said. “But unfortunately in matches you can’t just not hit certain shots. In the next couple of days hopefully I will get the chance to test that, and hopefully it will be fine.”

The former world number one produced a strong early result in the grass-court season, reaching the Stuttgart Open final before falling to Matteo Berrettini.

Murray experienced discomfort during that showpiece match in Germany, twice requiring medical timeouts as he battled the pain against the Italian. 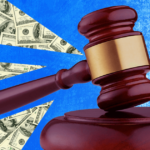 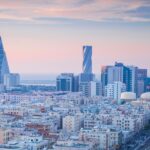 For those who work from a desk, finding time to exercise can be a struggle. FlexiSpot created a solution; the Sit2Go Fitness Chair. It’s an […]