Shareholders have hit digital health companies with a spate of securities fraud lawsuits this year as once high-flying companies see share prices drop, and more could be on the horizon.

It is common to see a rise in such complaints, across industries, when the stock market is down. But healthcare and life sciences companies may be more susceptible to litigation.

“In the life sciences and healthcare areas, you have a lot of companies whose stock prices are volatile,” said Jason Vigna, a litigator at law firm Mintz, who’s defended companies in shareholder disputes. “Because of that, unfortunately, they get hit by these cases a little bit more.”

Teladoc Health, the latest example, was sued earlier this month by a shareholder alleging the telehealth company downplayed challenges in its mental health and chronic care businesses. Digital therapy company Talkspace was sued by shareholders accusing the company of providing misleading statements to shareholders of a special-purpose acquisition company that Talkspace merged with last year. Fitness and wellness company Tivity Health was hit with a lawsuit by shareholders over a $ 1.3 billion acquisition of a nutrition company in 2019 that it’s since sold for less than half of that figure.

Also, multiple law firms have said they’re investigating GoodRx after the company withdrew 2022 financial guidance. No suits have been filed.

In each of these four instances, there were notable stock-price drops.

“Plaintiffs’ lawyers will be looking for sharp, one-day drops,” said Adam C. Pritchard, a professor at the University of Michigan Law School who studies securities class actions. “If they find them, then they go looking for prior statements that they can allege were misleading at the time they were made.”

Years ago, shareholders tended to file securities fraud suits when companies revised financial statements to correct errors, Vigna said. But over the past decade, “event-driven” securities litigation has ramped up.

In event-driven litigation, a company discloses information about an event — such as a transaction that isn’t panning out as expected or a business impact from COVID-19 — that results in a drop in the share price. Plaintiffs typically accuse companies of intentionally misrepresenting or omitting information in previous statements and say the company should have made its disclosure earlier, according to Vigna.

A spokesman for Teladoc in an email said “there’s no factual basis to suit whatsoever, but unfortunately this type of frivolous litigation has become commonplace for public companies today.”

A Talkspace spokesperson said Talkspace, as a public company, does not discuss ongoing litigation. She added that Talkspace does not believe the allegations have merit and plans to “defend the company vigorously.”

GoodRx and Tivity Health did not immediately respond to requests for comment.

About 50% of securities fraud lawsuits end in a settlement that’s negotiated between the plaintiffs and the defendants, according to Pritchard. The other half are dismissed.

That’s what happened in a separate suit filed in 2020 against GoodRx and related to its initial public offering. The suit was dismissed last week. Investors who filed the complaint alleged GoodRx knew about a competing pricing comparison and discount program that Amazon rolled out soon after the IPO, but had not disclosed the information.

The median settlement for a securities fraud case that isn’t dismissed is about $ 15 million to $ 20 million, but the amount can vary considerably, Pritchard said. It depends on how much of the drop in share price can be attributed to the alleged misstatement, how long the alleged misstatement affected the share price and how many shares were traded during that period.

“If it’s a significant case, where the plaintiffs have really good evidence, then the damages could go much higher,” Pritchard said. But generally, “these are kind of an ordinary cost of doing business. They’re just going to happen when you have a stock price drop.” 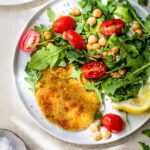 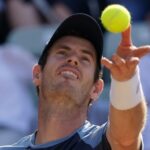 The Supreme Court eliminated the federal right to abortion in a ruling issued Friday. The historic decision has major consequences for the healthcare system. Below […]