CVS Caremark negotiated a new arrangement with Eliquis maker Bristol-Myers Squibb to acquire the prescription anticoagulant. Both Eliquis and Janssen Pharmaceutical’s Xarelto will be available to patients the PBM covers. For months, CVS Caremark’s formulary included only Xarelto, even though research hasn’t shown the two medications to be interchangeable.

Patients, medical societies and advocacy groups such as the American College of Cardiology and American Society of Hematology objected when CVS Caremark disclosed last year that Eliquis would leave its formularly. A coalition called the Partnership to Advance Cardiovascular Health described the formulary exclusion as “dangerously disruptive” in a December letter to Dr. Troyen Brennan, then the company’s chief medical officer.

CVS Caremark decided to return Eliquis to its formulary after negotiating a lower net cost, a spokesperson wrote in an email Tuesday. “Anticoagulant therapies are among the non-specialty products where we are seeing the fastest cost increases from drug manufacturers and we will continue to push back on unwarranted price increases,” the spokesperson wrote.

The price of Eliquis, also known as apixaban, rose 6% to $ 529 for a one-month supply in January compared to a year before, according to Patients for Affordable Drugs, an advocacy organization. The cost of Xarelto, also known as rivaroxaban, increased 4.9% during the same period to $ 516 monthly, the report says. Because pharmacy benefit managers receive rebates from manufacturers for formulary placement, it is unknown how much CVS Caremark pays for these drugs.

In the months after CVS Caremark announced it would remove Eliquis from its formulary, Bristol-Myers Squibb launched a copay card that allowed some commercially insured patients, including those covered through CVS Caremark, to purchase the medicine for $ 10 a month.

But because these drugs are so widely prescribed, not every physician was aware of this option, so access remained limited, said Dr. Geoffrey Barnes, a cardiologist and professor at the University of Michigan. Barnes, a consultant to both Bristol-Myers Squibb and Johnson & Johnson-owned Janssen Pharmaceutcal, has discussed the impact of CVS Caremark’s formulary exclusion with CVS Health executives, he said.

“There is a larger conversation about the cost of medications in general, and how we keep those under control so that they’re accessible to all patients,” Barnes said. “That’s something that’s not just controlled by insurers or PBMs, but also by manufacturers. This is a complex problem.”

Pharmacy benefit managers typically do not reverse formulary decisions or modify coverage options mid-year, said Antonio Ciaccia, CEO of drug pricing research firm 46brooklyn Research and president of 3 Axis Advisors consultancy. “It shows you that an activated, pissed off and loud group of patients can impact PBM decisions that work against their wellbeing,” he said.

Patient and advocate Beth Joyner Waldron of Chapel Hill, North Carolina, has been a vocal critic of CVS Caremark’s formulary change. Although her employer restored Eliquis to its drug list in February, Joyner Waldron, 52, sustained public pressure on CVS Health and its executives on social media, and credits patient activism with the company’s shift. “This was an example of collective action,” she said.

The formulary change will take effect one month after the Federal Trade Commission announced an investigation of pharmacy benefit manager business practices Regulators will require CVS Caremark and the other five largest PBMs to reveal information about their operations to guage how their activities influence drug pricing and access.

CVS Caremark, Cigna’s Express Scripts and UnitedHealth Group’s OptumRx collectively control about 80% of the PBM market, according to the FTC. 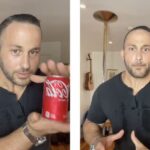 Data center strategies are increasingly essential for health IT

At a time when healthcare is increasingly dependent on digital technologies that enable and inform our providers, clinicians and care delivery systems, the invisible infrastructure […]

Shareholders have hit digital health companies with a spate of securities fraud lawsuits this year as once high-flying companies see share prices drop, and more […]

Health Tech By JESSICA DaMASSA, WTF HEALTH Big news coming out of Vida Health today as the chronic condition care startup announces that it will […]