Physicians and their employers are working to get ahead of the Supreme Court’s pending Roe v. Wade decision, worried about their legal exposure to “trigger-happy” prosecutors in 26 states primed to restrict access to abortion services.

The high court could strike down the federal law that gives women the constitutional right to end a pregnancy, setting in motion “trigger laws” limiting abortion services or pre-1973 abortion bans in around half the states, according to the Guttmacher Institute, a pro -choice research group. A draft opinion leaked in May, overturning the law, spurred conversations about legal liability among doctors, employers and their legal counsel.

Doctors would have minimal legal protection as state courts grapple with potential civil, administrative and criminal charges related to providing abortions in states that restrict or outlaw those services, lawyers and law professors said.

While their liability would depend on the nature of the allegations, employers’ risk tolerance and their malpractice insurance policy, physicians would face more risk without the protection of Roe, legal experts said.

“There is no going to be much, if any, protection for the ongoing provision of abortion-related services in very restrictive states,” said David Gacioch, a partner at law firm McDermott Will & Emery. “Physicians are going to be at the mercy of the investigative and charging decisions made by county district attorney and state attorney general offices. What we are seeing is the likelihood of clinics closing their doors.”

Patient care policies would depend on how much risk physicians and their employers were willing to shoulder. Some attorneys will advise physicians to run the risk of prosecution if they terminate an ectopic pregnancy, while others may tell clients not to perform such a procedure if they work in a state vigorously enforcing new laws, said Michelle Oberman, a law professor at Santa Clara University in California.

“Doctors will be stuck between a rock and a hard place. If they don’t save someone’s life by performing an abortion, they are looking at malpractice or potential criminal charges,” she said. “Doctors are sitting ducks for trigger-happy prosecutors.”

Even if a doctor performs an abortion in a state that allows it post-Roe, they could be prosecuted if they are licensed in a restrictive state, lawyers said. The legal boundaries are undefined when it comes to telehealth-related services and what constitutes abortion-related care.

“The laws are sweeping and the boundaries are uncertain,” said Stacey Callaghan, a partner at law firm McDermott Will & Emery.

To get ahead of the ruling, some hospitals and clinics reportedly have resorted to sending encrypted messages and calling patients via phone to avoid a paper trail. But hypothetically, prosecutors could point to the lack of email correspondence as an intent to skirt state law, lawyers said.

Many health systems are exploring ways to bolster their insurance with malpractice carriers to include coverage for abortions in banned states if the woman’s life is in danger. While malpractice insurance covers negligence and medical mistakes, it would not likely extend to state fines and sanctions, said Michael Gerhardt, a law professor at the University of North Carolina.

“States might pass laws forbidding insurance companies operating within their states from doing so,” he said.

Doctors and their employers would have to plan differently based on whether the claims are civil, administrative or criminal. Malpractice policies tend to shy away from criminal charges, said Mark Silberman, chair of the white collar, government investigations and regulatory practice compliance group at the law firm Benesch.

“If a physician performs an act not allowed by law, it is unlikely to be covered by malpractice insurance, especially if that act is framed as criminal,” he said. “This can have a significant financial impact and a chilling effect on necessary care.”

Providers and their employers should talk with their legal counsel about what situations they should seek legal advice for, the limits of patient-doctor confidentiality and what scenarios trigger exceptions under restrictive state laws, experts said. There should be clear lines of communication that can help mitigate developing a culture of defensive medicine, Oberman said.

“There is no medical consensus on what a life-threatening pregnancy is,” she said. “Doctors are going to be scrambling about the norms in all of this.”

Restricting abortions in certain states could lead to a series of unintended consequences. Physicians, for instance, will likely change typical treatment pathways, which could jeopardize patient care, experts said.

When Oberman was working in El Salvador, doctors would try to work around the country’s strict abortion ban. A doctor in El Salvador could not recommend an abortion if a breast cancer patient was pregnant. Instead, they would give the patient small amounts of radiation, a relatively untested intervention, hoping that it would eliminate the cancer without harming the fetus, she said.

“Doctors are doing what amounts to medical experimentation,” Oberman said. “If something goes wrong, doctors can face liability if harm is done to the fetus or if they didn’t tell the patient they should go to another country.”

In the US, more women are poised to take the abortion pill, which could trigger hemorrhaging and lead to an emergency room visit if it is taken too late in pregnancy.

“Abortion doesn’t go away — it shifts from the clinic setting to the home,” Oberman said. “It has already shifted that way.”

In the meantime, the balance between providing access to abortion versus maintaining a low enforcement risk would depend on the provider and their employer. Health systems would have to decide who they would defend if they face criminal or civil scrutiny, how they broach treatment options with patients and what care providers they’ll ask to respond to potentially life-threatening emergencies.

Ideally, there is clarity both in the intentions and application of state laws, Silberman said.

“If the law is not clear and the question is whether or not the care provided fell below the acceptable standard of care, malpractice coverage can become confusing,” Silberman said. “The difference is significant. It’s either, ‘We’re going to cover you and defend you or you’re on your own.'” 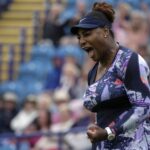 Previous Article What we learned from her return at Eastbourne, from fitness levels to Wimbledon 2022 hopes

Next Article Ep. #923: Joe Vennare on the Trends and Future of the Business of Fitness

Medicaid can directly pay for independent home health aides’ benefits, including health insurance, according to a final rule the Centers for Medicare and Medicaid Services […]