A Supreme Court decision that greenlighted a private health plan’s limited dialysis coverage may set the stage for other insurers to cut pay for kidney care and other Medicare covers treatments.

The high court rejected a challenge to an employer health plan’s low reimbursements for dialysis, which the plaintiff argued discourage providers from joining its network and effectively nudge policyholders to enroll in Medicare instead.

This legal decision offers a playbook that other group health plans could follow by designing benefit packages in a way that encourages people with end-stage renal disease to forgo private coverage in favor of Medicare, which is available to anyone with chronic kidney failure regardless of age. . And the ramifications may extend beyond dialysis patients.

“It’s a precedent that could have wide-ranging impacts downstream that could not only affect people who have kidney failure and require treatment, but potentially other Medicare benefits,” said Dr. Joseph Vassalotti, chief medical officer for the National Kidney Foundation and a professor at Icahn School of Medicine at Mount Sinai.

If more insurers take up reimbursement policies similar to Marietta Memorial Hospital Employee Health Benefit Plan’s and more people shift to Medicare, dialysis centers may close because the public problem doesn’t pay enough to support them, Vassalotti said. On Tuesday, the Centers for Medicare and Medicaid Services proposed a 3.1% Medicare rate increase for dialysis providers in 2023.

Thirty-seven million people in the US have kidney disease and 97% of those who develop the condition receive dialysis, according to the most recent data from the US Renal Data System.

The annual cost of ESRD treatment was $ 53,717 in 2019, according to the US Renal Data System. Chronic kidney failure patients often have multiple other conditions, such as diabetes, heart disease and lung disease. Many are older, frail and face socioeconomic barriers to medical care.

Fee-for-service Medicare enrollees with ESRD must pay 20% of their dialysis costs. Beneficiaries can purchase supplemental policies, although some states limit the availability of those plans for people younger than 65. Beneficiaries may also opt for Medicare Advantage plans, which have more limited networks than traditional Medicare but also require lower cost-sharing for dialysis.

From 2015 to 2018, 13% of chronic kidney disease patients had only private health insurance, according to the US Renal Data System. Nearly 37% were enrolled in both private plans and Medicare and 37.5% had Medicare alone.

“It’s not like anyone is dying in the emergency room waiting for coverage. Medicare will pay,” said Jen Jordan, an attorney who specializes in Medicare Secondary Payer Act cases. “The only fear I would have is that plans may be more inclined to write more bare-bones benefits now that they know that the Supreme Court supports such an outcome.”

According to DaVita, the plan violates the Medicare Secondary Payer Act, which holds that the public program should only reimburse for services not covered by enrollees’ other health coverage. Under federal law, employer-sponsored health plans must cover workers with kidney failure for 33 months before Medicare becomes the primary payer.

But Supreme Court ruled 7-2 that the plan is lawful because it does not explicitly differentiate benefits for people with chronic kidney failure and those without. Justices Elena Kagan and Sonia Sotomayor dissented, writing that outpatient dialysis is an “almost perfect proxy” for an end-stage renal disease diagnosis, which makes the discriminatory plan against those patients.

“Congress will have to fix a statute that the court has broken,” Andrew Conkling, board president of the industry-supported advocacy organization Dialysis Patient Citizens, said in a news release. “We will go back to Congress with other ESRD patient advocates to immediately clarify the rules once and for all.” 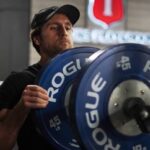 Omnicell experienced a ransomware attack last week, according to forms the company filed with the Securities and Exchange Commission on Monday. Omnicell, which sells pharmacy […]

On a humid August afternoon in 2020, two caskets – one silver, one white – sat by holes in the ground at a small, graveside […]